The Most Incredible Baseball Catches of the Week 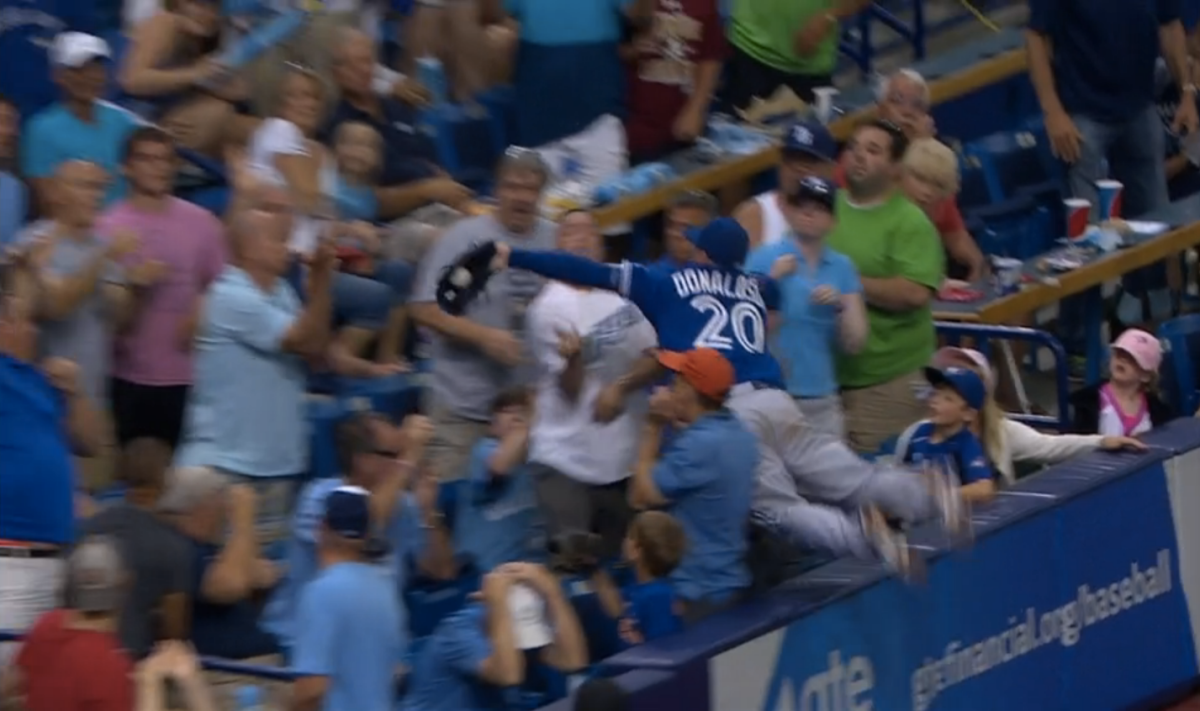 As a relatively recent convert into the world of baseball fandom, I can still see why I thought baseball was so boring up until a few years ago. It’s slow. If no one’s on base, there are only two players worth paying attention to at any given moment. If two teams are tied after nine innings, nothing special happens — they just keep playing more baseball.

But regardless of whether or not you enjoy the sport, it’s hard not to appreciate the incredible highlights from a week of baseball. Today, we’re introducing a new feature where we round up the best catches of the last week — full of slides, jumps, dives and more.

DON’T MISS: Go Behind the Scenes of ‘Tony Hawk’s Pro Skater 5′ in a Brand New Trailer

First up is Pirates outfielder Starling Marte robbing Reds third baseman Todd Frazier of a hit that would have tied the game:

Dodgers outfielder Joc Pederson is one of several young players making it to the highlight reel on a weekly basis. Here’s what he turned in last Friday:

Angel Pagan nearly breaks his leg in center field to save a bloop hit for the Giants:

Here’s Kole Calhoun catching what might have been a home run off the bat of George Springer:

Finally, the most incredible catch of the week from Jays third baseman Josh Donaldson (yes, even better than the interfering Cubs dad):