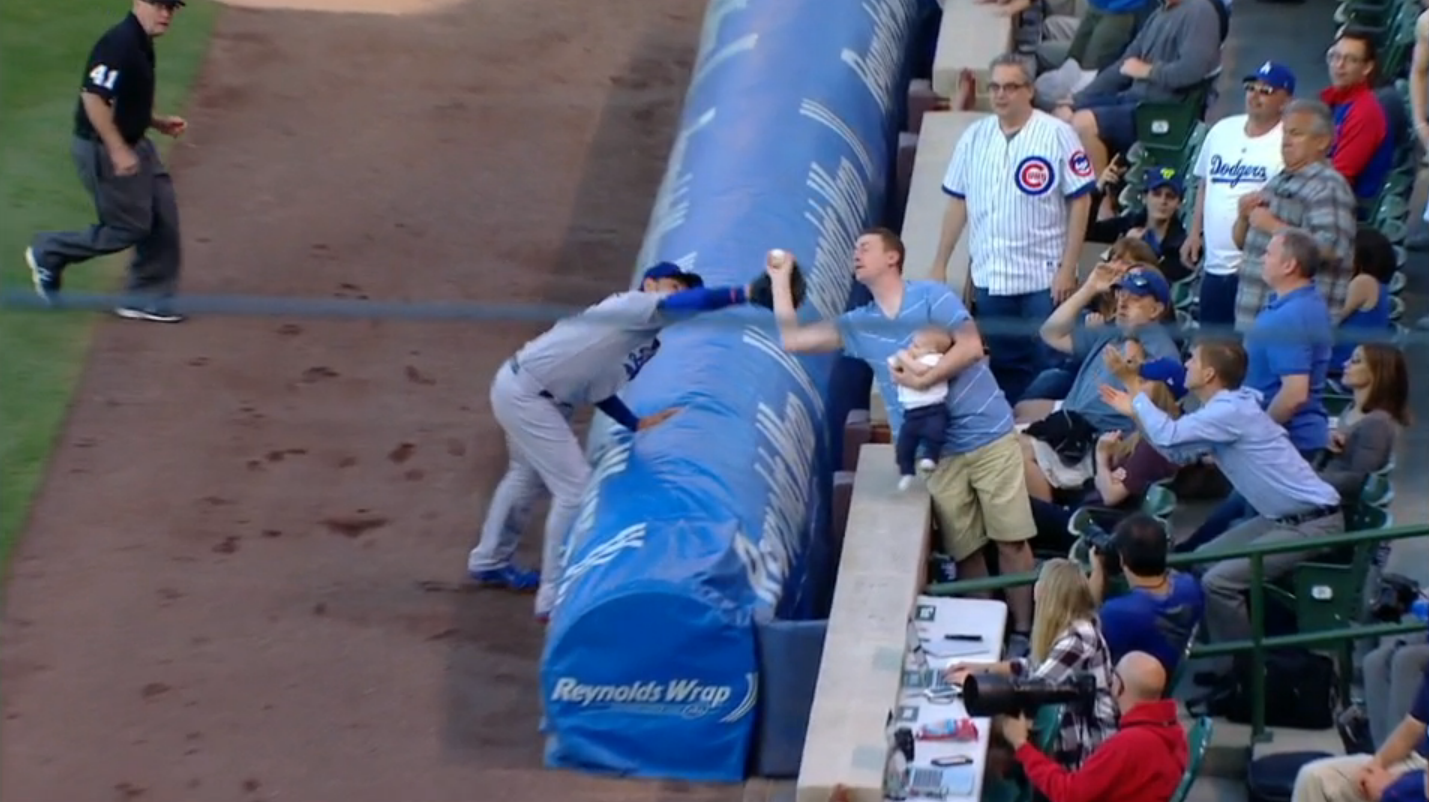 Fan interference at a baseball game is not uncommon, but it rarely occurs in such spectacular fashion.

On Tuesday night at Wrigley Field, Chicago Cubs pitcher Jason Hammel popped a foul ball into right field. Dodgers first baseman Adrian Gonzalez saw he had a play on the ball, but just as he reached out to record the out, a dad feeding his baby snagged the ball with his free hand.

The umpire seemed to indicate that he would call it a foul ball, but Dodgers manager Don Mattingly immediately came out of the dugout to argue. After a short review, it was clear that Gonzalez could have caught the ball had the fan not reached over the tarp.

As the Chicago Sun-Times explains, any fan that interferes with a ball in the field of play can be removed from the ballpark, but dad Keith Hartley and his son Isaac were allowed to stay. Hartley even told Comcast SportsNet after the game that he hoped Gonzalez wouldn’t hold it against him, because “he’s on my fantasy team.”

I do not condone the behavior of this foolhardy dad, but as a Braves fan, I can’t stay angry at him for ruining Adrian Gonzalez’s night. Plus, as Hammel said after the game: “He was feeding it? That’s even more amazing. That’s an eye-opener. That was impressive. Best play of the night.”