An inside look at Google I/O 2015: What you didn’t see at the keynote 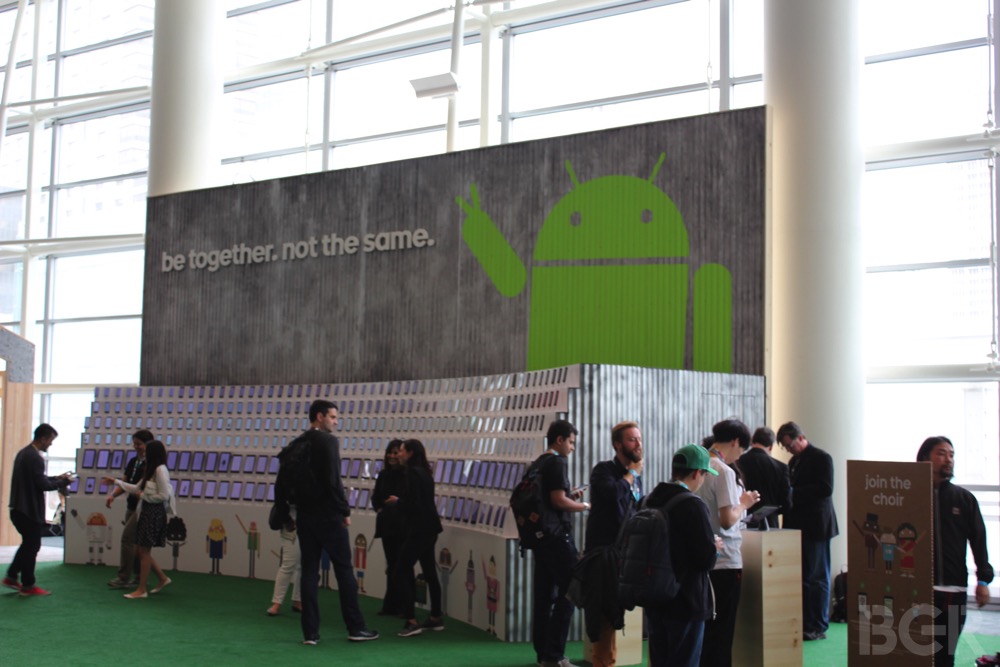 The keynote presentation is over and all of Google’s new products and services have been revealed, but for the developers in San Francisco, Google I/O 2015 has only just begun. You might not have a chance to come down and see it for yourself, but I took a few minutes to walk through the show floor and photograph some of the most impressive displays.

Walking out of the auditorium following the keynote, the thousands in attendance were funneled out into the wide open expanses of Moscone West, where Google employees will be holding talks for the next two days. Rather than attend a talk entitled “gRPC: Efficient and idiomatic communication libraries for cloud and mobile” and risk frying my brain, I decided to take pictures instead.

Here’s what I saw while touring through Moscone West on Thursday afternoon:

Google also handed out the new and improved Google Cardboard model to all attendees. I also grabbed a pop-up book that explains all the features of the new Google Photos service, which should go live later today.

So there you have it: Google I/O 2015 in pictures. For the everything else from Google’s event, be sure to check out our event hub!