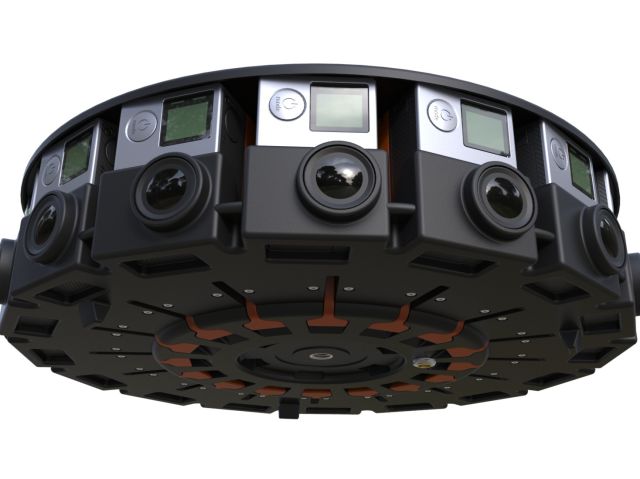 Google on Thursday unveiled a variety of interesting new products and initiatives at Google I/O 2015, including Android M, Google Now, Google Photos, which will be available to users in the near future. But the company also took the wraps off its new major virtual reality plans, revealing a secret weapon that will help it offer users amazing immersive VR experiences.

Google has partnered up with GoPro to create a special Array camera that can capture 360-degree footage (see image above). The device records video with help of 16 cameras, stitching together the video captured by each of them to create a virtual experience.

Google will then use its new Jump VR software to upload the video to YouTube, from where users will be able to access it using VR headsets.

Google’s complex GoPro / Jump project will be available to users starting with July.