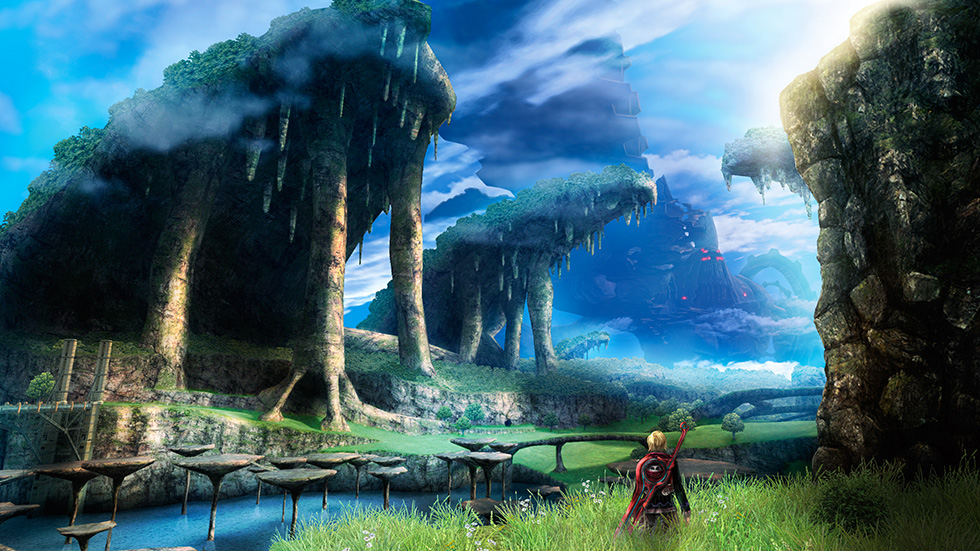 One of the best RPGs of the last generation was smashed down into a bite-sized portion for the New Nintendo 3DS XL, and against all odds, it actually works.

Let me be clear: Xenoblade Chronicles 3D is the full Wii game, from start to finish. Every massive landscape, every explosive cutscene, every screen-filling boss battle is present — but it’s been completely reworked to fit on the New 3DS.

DON’T MISS: Review: What it’s like to upgrade from a Nintendo 3DS to a New 3DS XL

The one aspect of the game that has taken a huge hit is the visual fidelity. Xenoblade Chronicles was always limited by Nintendo’s hardware, but it’s an entirely new level of compromise on the 3DS. Character faces look like they were run over by a steamroller and the gorgeous terrain wouldn’t look out of place in a Nintendo 64 game.

But somehow, after spending several hours with the game, I began to lose sight of the low-res textures and fuzzy character models. The unmistakable artistic design managed to shine through, and the sheer size of the game’s world is still just as impressive as it was on the Wii.

And the visuals weren’t the only reason to pick up Xenoblade Chronicles in the first place.

Even on two small screens, the combat is still visceral and nail-biting. Rather than opting for a standard turn-based or real-time combat system, Xenoblade is all about positioning and timing.

Once you initiate a battle, your characters will automatically begin attacking. It’s up to you to decide when to use your battle arts, many of which require the character to be facing the side or the rear of the enemy in order to make a impact.

Once again — nothing is lost in translation. The battles are slightly more cramped than they would be on your HDTV, but it’s still possible to keep track of the action.

The menus are slightly more difficult to navigate and anyone who played the original Xenoblade Chronicles will miss the stunning backdrops, but this 3DS port is the real deal.

If you’re looking to spend dozens of hours with a fantastic RPG on your New 3DS, you can’t go wrong with Xenoblade Chronicles 3D.