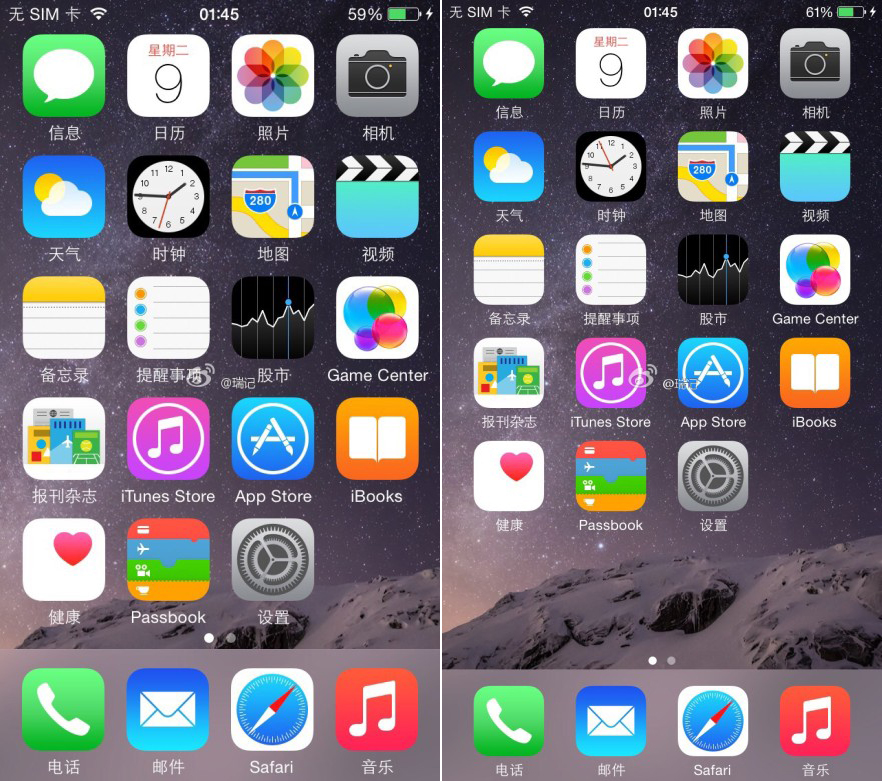 What do you see when you look at the images above? At first glance, they might not appear to be terribly important — just two images of iPhone home screens, side by side. But look again, closer this time. These screenshots of what is claimed to be the iPhone 6’s home screen may in fact confirm one of the iPhone 6 and iPhone 6 phablet’s most important new features.

Apple will be hosting a massive press conference on Tuesday, during which two new iPhone 6 models are expected to be unveiled. Until the new phones are official, however, we can expect the flurry of leaks and rumors to continue.

Amid the chaos, the Weibo user who seemingly posted the world’s first review of a real, functioning iPhone 6 this past weekend hosted a question and answer session to share more details about Apple’s next-generation flagship iPhone.

In the process, he posted the two images above and the one seen below.

So, what exactly are we looking at here that is so important?

In terms of usability, these new screens could be a tough pill to swallow for many current iPhone owners. But at the same time, it’s important to be able to squeeze more content onto these larger displays for users who really want to take advantage of the new real estate.

Apple’s solution for both of these issues can likely be seen in the images above.

Earlier reports suggested that Apple planned to include a one-handed mode in iOS 8 for use on the new iPhone 6 and iPhone phablet. This special option would allow owners to comfortably use their larger iPhones with one hand, and as we can see above, it looks like there is indeed a toggle that adjusts object sizing on the new iPhones.

In this case, we can see that it switches between six rows of large icons and seven rows of smaller icons on the home screen.