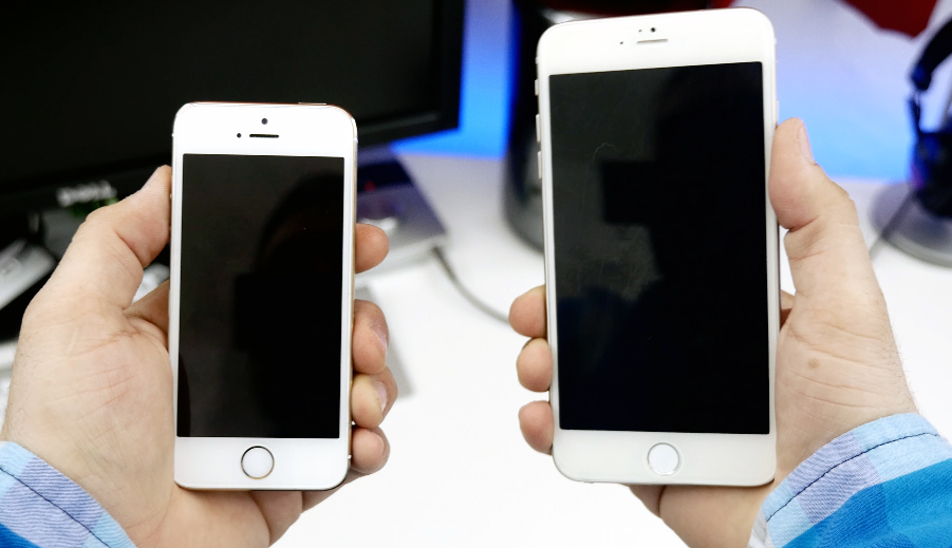 We have seen several videos of mockups said to accurately represent Apple’s 5.5-inch iPhone 6 model, but we’ve never seen one quite like this. A number of reports from top news agencies state that Apple is working on not one but two new iPhone models that will debut in 2014. The flagship iPhone 6 is believed to feature a brand new design and a 4.7-inch display, and then an even bigger iPhone phablet is expected to debut with a similar design and a 5.5-inch screen.

Now, a model believed to be a close replica of the larger 5.5-inch iPhone phablet has been compared to the iPhone 5s along with several Android phablets in a new ultra high-definition video.

9to5Mac on Tuesday evening published a high-quality video that shows off a 5.5-inch iPhone 6 mockup and pits it against several other smartphones. The mockup is believed to have been created using actual schematics for Apple’s upcoming iPhone phablet that were supposedly leaked from Apple’s manufacturing partner Foxconn several months ago.

The video also compares the 5.5-inch iPhone 6 to Android phablets, including the new LG G3 and the OnePlus One.

Apple is expected to launch its redesigned iPhone 6 models beginning in September this year. The first new iPhone of the year will reportedly launch on September 19th according to Apple partner Deutsche Telekom, and then reports suggest that the 5.5-inch iPhone will launch at a later date — though a recent report from Bloomberg stated that both new iPhone 6 models could be released at the same time.

The video comparing the iPhone phablet to other handsets is embedded below.