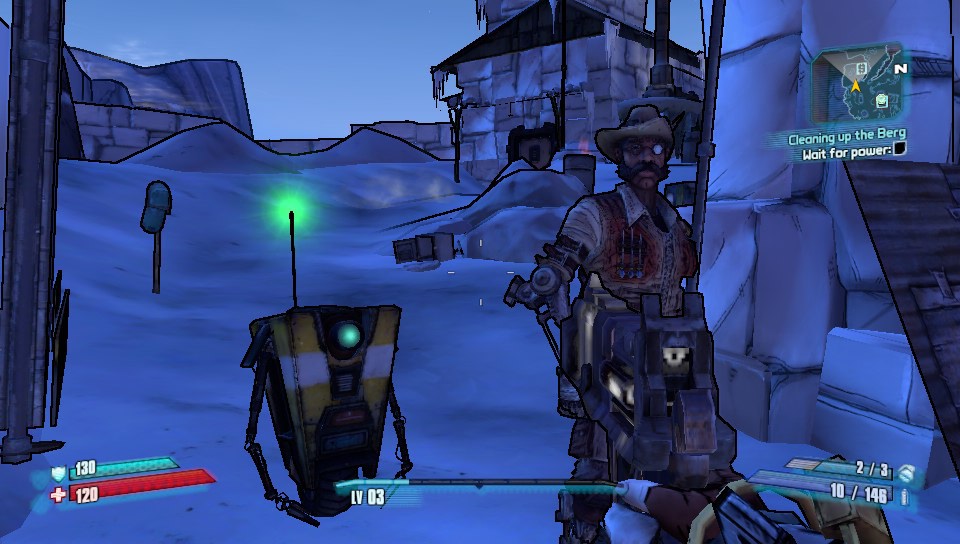 There aren’t many games that I’ve returned to after I’ve finished them. Borderlands 2 was one of those games. After storming through the campaign on my own when the game first released in 2012, I returned to the world of Pandora late last year to begin anew with a cooperative partner. Even with the plot still fresh in my mind, the limitless array of weaponry and the markedly different character classes give each play through new life.

Needless to say, once Gearbox announced the game would be coming to the Vita, I was intoxicated by the allure of a fully realized portable translation of the game. I picked up the new PS Vita model days after its release to give the miniature Borderlands 2 a go, but the execution didn’t quite live up to what I’d remember from the PC and PS3.

If you’ve never played Borderlands or its far superior sequel, you’ve missed out on two of the most compulsively entertaining shooters in the last generation. The key to surviving in the increasingly dangerous world of Pandora is to collect loot, of which there is so much that you’ll almost certainly never see even half of it.

You can choose from four different characters at the beginning of the game (although more have been added in DLC releases), each of which have their own specific set of traits and a special ability which define the way they interact with enemies. Axton the Commando can throw out an automated turret, Zer0 the Assassin can become invisible, Salvador the Gunzerker can dual-wield weapons and Maya the Siren can manipulate foes and the environment with psychic abilities.

The scope of Borderlands 2 is one of its most impressive qualities. Although regions are separated by loading screens, the varied, messy world does feel strangely cohesive. There are dozens of side quests to complete if you need a break from the campaign, but even if you only complete the bare minimum of the content outside of the story, Borderlands 2 is still a lengthy adventure.

In case all those side quests, the long campaign, the millions of unique weapons and the additional challenges aren’t enough, Borderlands 2 for PS Vita also includes a host of added content, including two full DLC add-ons (with new regions to explore), two new character classes, the first Ultimate Vault Hunter Upgrade Pack and the heads and skins from the Collector’s Edition.

Unfortunately, despite the hours and hours of Borderlands 2 buried within this package, the game just doesn’t quite work on the Vita. From the moment I regained control of my character, I was ready to give up. The limited movement of the right thumbstick makes aiming nearly impossible, resulting in repeated deaths from even the least threatening enemies. The default button layout also puts sprint on the left side of the rear touchpad and reloading on the right, so you’ll have to maneuver your hands in a way that doesn’t interfere with the controls.

The issues might not be insurmountable but for the lag. It’s not enough to ruin the experience on its own, but combined with the janky controls, the lag makes the game uncomfortable at the best of times and unplayable at the worst.

There was so much promise in this portable release, enough to bundle it with every new model of the PS Vita, but the port just doesn’t hold up. Any issues that God of War Collection on the PS Vita might have pale in comparison to the failed translation that is Borderlands 2. If you can somehow make the controls work for you and adjust to the lag, you might be able to salvage something positive out of what could have been one of the best reasons to pick up a PS Vita yet. As it stands, Borderlands 2 just doesn’t work.

Borderlands 2 is available now for the PS Vita.

Sony provided BGR with a digital copy of Borderlands 2 for PS Vita for this review.