Review: ‘South Park: The Stick of Truth’ for PlayStation 3 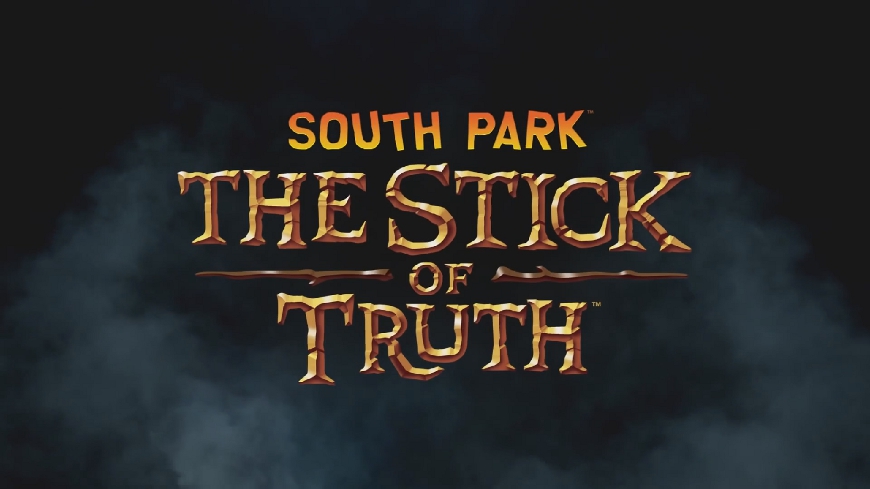 South Park: The Stick of Truth is, among other things, the best episode of South Park I’ve seen in years. Matt Stone and Trey Parker went as hands-on with this project as they have with anything outside of the actual cartoon, and it shows. It’s belligerent, horrific, hysterical and it feels fresh. But woven between the hysteria, there’s a game that you’re going to have to play. So is that game any good?

In The Stick of Truth for PlayStation 3, Xbox 360 and PC (we played the PS3 version), you take control of the new kid in South Park, a silent protagonist who quickly gets wrapped up in the fantasy war that Cartman, Kenny, Stan and Kyle have declared between the elves and the humans. Cartman is the Grand Wizard of the human clan, a group which resides at the unfortunately titled Kingdom of Kupa Keep (KKK for short). After you save Butters from an Elf attack, Cartman invites you to join the KKK, at which point you are given the choice of four standard (and not-so-standard) classes: Fighter, Mage, Thief and Jew.

Each class has its own set of weapons and armor which can be acquired throughout South Park by vanquishing enemies, shopping at vendors or opening chests and drawers (and closets and boxes and basically anything you pass by with a yellow handle). Loot is a key component to the game, and you won’t get far without the best gear.

Even if you are decked out from head to toe, you’ll still need help from your friends to make your way through large groups of stray dogs, homeless people and zombies with a penchant for quoting Hitler. As you advance, you will gain access to new friends, each of whom is equipped with a unique weapon and a set of abilities. Outside of combat, you will occasionally need to trigger a specific friend to overcome an obstacle. Butters can heal wounded allies, Jimmy can unlock handicap-accessible doors and Stan can call his dog to pee on any bothersome electronic devices. Other familiar characters in South Park will offer themselves as summons to call upon in battle, although they can only be used once per day.

Although there are plenty of diversions throughout the adventure, you will spend a majority of your time entrenched in battle. The Stick of Truth features turn-based combat, but both attacking and defending will require active participation if you want to come out of the fight alive. If you’ve played any of the Mario RPGs, you shouldn’t have much trouble getting a hang of timing your button presses to match enemy attacks or pull off combos. You can also apply “strap-ons” to your weapons and armor, which can imbue them with status effects to make your enemy start bleeding or light on fire.

Along with hacking and slashing, you have access to a set of abilities and magic spells as well. The abilities do more damage than a regular attack, and the spells revolve around farting. It’s beyond juvenile, but the kids of South Park take their game so seriously that you can’t help but start to see the logic of every ridiculous curve ball the game throws at you.

Aside from the main quest, South Park is full of things to do. Every character you remember from the show’s long history appears in the town to dispense side quests: City Wok is being occupied by Mongolians, Ned and Jimbo want you hunt down wild animals and Mr. Hankey is having trouble locating his children. There are also plenty of collectables, including 30 adorably stupid Chinpokomon. All the while, you’ll be making friends on Facebook, one of the dozens of brand name shout-outs that I can only hope makes the companies in question at least a little uncomfortable. Poor Taco Bell…

This review has been overwhelmingly positive so far, but it took a while for everything to click. The writing is sharp, the gameplay is totally serviceable, but until I slowed down a little bit and began to enjoy South Park, I was having a tough time squeezing any life out of the game. The joy of The Stick of Truth seeps out when all of the pieces come together — the challenging boss battles, the outlandish characters and the determination of the kids to finish their game no matter how close South Park is to the brink of annihilation.

I can usually forgive graphical glitches and audio bugs when they don’t affect gameplay, but that sadly wasn’t the case with The Stick of Truth. Every time I pulled up the map to find my quest objective, I had to deal with a stuttery, slow, unresponsive menu. This on its own wouldn’t have left a mark, but the simple act of traveling from one tiny zone to the next triggered a loading screen, and resulted in slow down when I reappeared. I even lost fights against the Underpants Gnomes when I couldn’t block their attacks through the jittery animations, which is possibly the most demeaning, ridiculous sentence I’ve ever had the misfortune of writing.

It didn’t ruin the experience for me, but the glitches and bugs acted up often enough to stick with me days after I’d beaten the game. There’s always the chance that Obsidian will patch The Stick of Truth, but as it stands, the console version of the game is going to give you trouble.

South Park: The Stick of Truth wears its heart on its sleeve. Everyone involved with this jaw-droppingly inappropriate project wanted to make a licensed game that didn’t suck, and despite the glitches and the occasionally frustrating battles, they succeeded. I was fully invested in the journey of the new kid from Douchebag to… higher-ranked Douchebag as the make-believe quest quickly escalated into a full-scale war. If you have any affinity for South Park whatsoever, you’re going to find a lot to love in The Stick of Truth.

Ubisoft provided us with a copy of South Park: The Stick of Truth on the PlayStation 3 for this review.