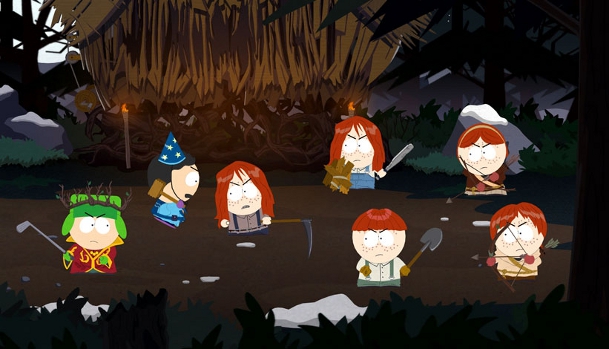 Let’s say you’re a fan of role-playing games, but you can’t find one aggressively offensive enough to suit your tastes. I might have the perfect game for you. South Park: The Stick of Truth is the first major retail release of a South Park branded console game since the Nintendo 64 and the original PlayStation were still the latest and greatest. The Stick of Truth is a full-featured RPG, complete with distinct classes to choose from, weapons to purchase, spells to cast, quests to complete and party members to meet along the way.

Unlike previous South Park games, The Stick of Truth is almost indistinguishable from the TV show. The entirety of South Park has been digitally recreated, along with every character you could possibly imagine from the series. And of all those characters, Cartman is the one who will guide you on your way. In the latest trailer, the developers take us through the first 13 minutes of gameplay. It should be implied, but there’s plenty of NSFW language ahead.

South Park: The Stick of Truth releases on March 4th for the PlayStation 3, Xbox 360 and Windows PC.