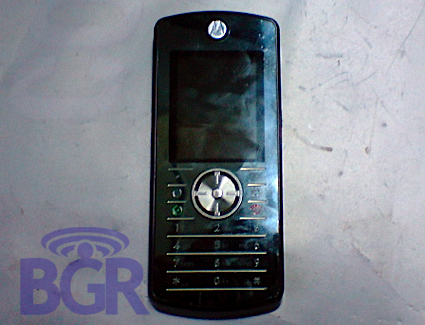 It seems as only yesterday when we heard rumblings about the Motorola SCPL. Remember that first sketch? Well, finally we might have some closure with these exclusive pics and info! The SCPL (if this is indeed that model), has a 2 megapixel camera, supports video recording at a 320×240 resolution and it’s thinner than the RAZR 2. Want some more specs? No problem! Look for an extremely high resolution 240×320 display, quite possibly 16M colors, and quad-band GSM/EDGE compatibility. The SCLP runs the JUIX operating system, uses a microUSB port, has a KRZR type look to it, and is a lot slimmer than the Motorola L7. There also is not a visible memory card slot, but in the housing there was a spot below the battery where a memory card slot might be incorporated later. Since this is the first public showing of this phone, we’re guessing that it will be a little while before the announcement release! Also expect a ton of more shots from the Motorola SCPL in the next couple days! Jump on over to our gallery to check out all the shots!