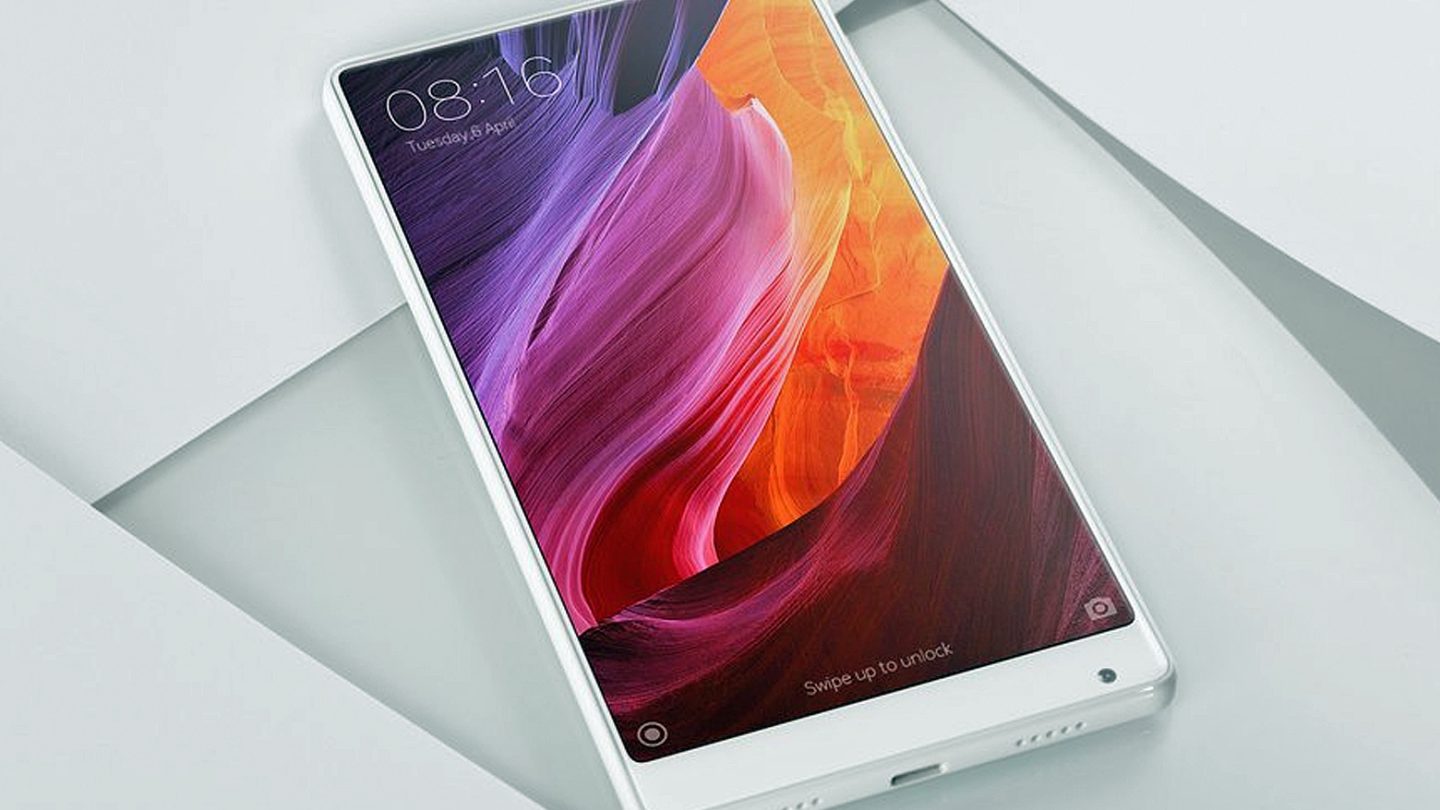 Smartphone designs are stale — there, I said it. Xiaomi’s ridiculously large and absolutely gorgeous Mi Mix was one of the few phones of 2016 to generate any kind of excitement on the design front, and it did it by making the screen as big as possible and the bezel as tiny as possible. It’s undeniably a sign of things to come, and Samsung and Apple are both rumored to be working on bezel-less designs of their own. Unfortunately, Xiaomi has showed up at CES with a new version of the Mi Mix that, well, kinda sucks.

One of the most striking thing about the Mix was the fact that its screen extended not only from side to side but also all the way to the top of the device, pushing away the black bezel on three of its four edges. With its black ceramic case, the screen took center stage and it was as close to the “glass phone” aesthetic as any manufacturer has ever gotten. At Xiamoi’s CES event today, vice president Hugo Barra showed off the Mi Mix yet again, but this time the bezel was more noticeable than ever before. That’s because Xiaomi, for some reason, decided to paint it white.

It’s really hard to call a phone “bezel-less” when the bezel can literally be seen from fifty feet away. Sure, the bezel is still the same size as it is on the black model, but it’s just so much easier to ignore on a dark device. Black edges on an HD display kind of melt away, while white sticks out like a sore thumb. On some phones it doesn’t matter — I still love my white iPhone 6s Plus — but when much of the appeal of the device hinges on being able to pretend that little black sliver of ceramic isn’t really there, painting it bright white is a real killer.

It’s a real shame — almost as big of a shame as the fact that Xiaomi still won’t commit to selling either shade of the phone outside of China. The black (totally awesome) model is already for sale in the country for the equivalent of about $500, while the white version (which is lame) is slated to arrive later this year.