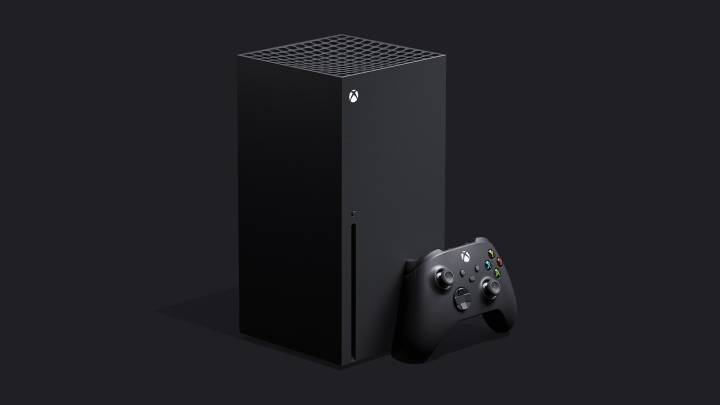 2020 will be an exciting year for gamers, as two brand new consoles will hit stores this fall, including the PlayStation 5 and the Xbox Series X. On top of that, Nintendo is also rumored to release a new Switch to compete against the new Sony and Microsoft hardware. Only the PS5 and Xbox are confirmed for a holiday launch, and we only know the design of one of them. Microsoft unveiled the Series X design a few weeks ago (above), but only showed us press renders of the Xbox. Sony is yet to reveal the PS5 design to the world. We did see the PS5 dev kit in multiple leaks, but that’s just a development rig, one that Sony is unlikely to confirm. However, we now have the first leaked photos of one of this year’s new consoles, and it’s about time we saw them out in the wild.

First posted on Neogaf , the renders below show a prototype unit of the new Xbox that matches Microsoft’s renders. We have two images for the Series X, showing the front and rear side of the console.

The PC-like tower features a disk opening and a USB-A port on the front. On the back, we have multiple ports as well as venting ports on either side of the ports section.

The image are accurate, Thurrott explains, and the port alignment matches a report from the same blog from a few weeks ago.

Back at CES 2020, AMD used fake Xbox Series X images in its presentation, which showed the console’s alleged ports. Thurrott cleared the waters at the time and provided a schematic of the actual port arrangement of the console:

The new images tell us the Xbox Series X prototypes feature the following connectors: optical audio, debugging port, HDMI, Ethernet, and two USB-A ports. The large, square port in the middle is for diagnostics, so don’t expect to see it on the final version of the console. Interestingly, there are no USB-C ports on the console, which might be disappointing.

What’s also interesting to observe is the lack of branding on the back. We’re looking at an “Xbox Product Name Placeholder” device that’s labeled as a prototype. That might be an indication that we’re looking at Microsoft’s Xbox Series X dev kit, and that the final Xbox Series X design might suffer other changes.