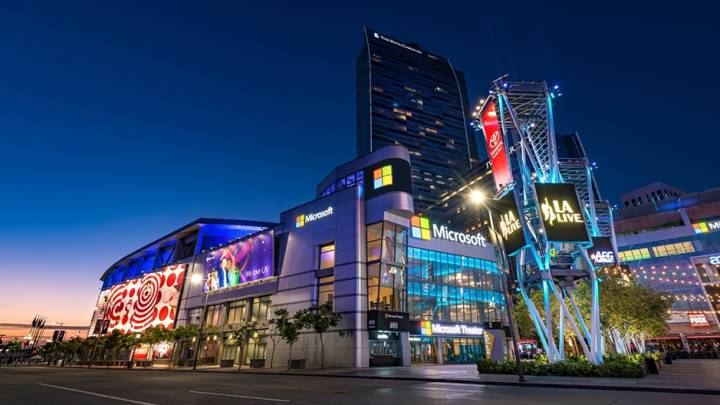 Between the launch of the Nintendo Switch and the continued ascension of the PS4, Microsoft’s Xbox One had little choice but to take a backseat in 2017. Without many high-profile exclusives aside from Forza 7 and Cuphead, there wasn’t much for the average Xbox One owner to get excited about. I went months without even turning on my Xbox One last year as it gathered dust while I chipped away at Zelda, Mario, Persona 5 and Horizon Zero Dawn.

This is why 2018 is such a vital year for the gaming division of Microsoft. Nintendo and Sony have been dominating headlines for over a year now, and if Microsoft is ever going to steal back the spotlight, now is the time. And one of the best ways to do so is to turn E3 2018 into a showcase for the Xbox One’s lineup in 2018.

Last year, for the very first time, E3 was open to the public. It wasn’t a video stream or a satellite event – anyone who bought a ticket was able to walk into the Los Angeles Convention Center and tour the show floor. By most accounts, it wasn’t an entirely smooth transition, but it appears to have given Microsoft an idea for E3 2018.

On Wednesday, Microsoft announced that E3 2018 will be the “biggest showing ever” for the Xbox brand. Rather than stuffing all of its demo stations in a booth in the LACC, Microsoft will take over Microsoft Theater in the middle of L.A. Live across the street from the convention center. There, the company will host the Xbox E3 2018 Briefing on June 10th at 1 PM PT, as well as Xbox FanFest activities and hands-on gameplay demos for all E3 attendees.

While Microsoft’s focus will shift to the Microsoft Theater during E3 this year, the company will still have a presence on the show floor, with a new booth dedicated entirely to the company’s streaming platform, Mixer.

With the larger venue, Microsoft will be able to host more fans and partners at its press event than ever. Of course, it will all be for naught if Microsoft doesn’t have anything to show off, but the company knows that it is on shaky ground. Expect Microsoft to double down on exclusives and ride the excitement that has formed around Sea of Thieves, State of Decay 2 and Crackdown 3, all of which should launch sometime this year.