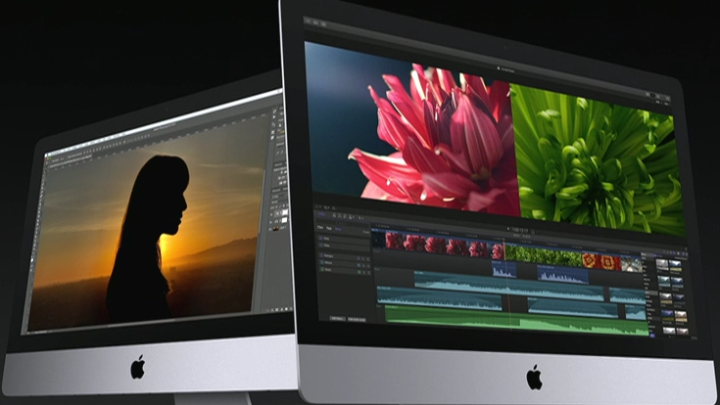 Along with the new iMac internals, the new models will come with a pair of USB-C ports, as well as Apple’s hybrid fusion hard drives, standard. The displays on the new iMacs gain a significant boost in maximum brightness, making them approximately 43% brighter than the previous models.

Apple showed off how powerful the new iMac hardware is via a fancy VR demonstration — showcasing the “native VR support” in High Sierra — that was pretty impressive, though it’s obviously difficult to get a feel for how it would perform in person without going hands-on. Prices start at $1,099 and go up to $1,799, including a $1,299 4K model.

On the MacBook front, Apple announced that its notebook lineup will be getting an upgrade to Kaby Lake processors, as well as SSDs that are 50% faster than the previous versions. The prices remain largely the same across the board, aside from a newly-cheaper 13-inch MacBook Pro for $1,299.

All iMac and MacBook Pro updates are shipping starting today.

The updates are definitely welcome, especially on the MacBook Pro front, so if you’ve been waiting to snag a new Mac for months, now might be the time.