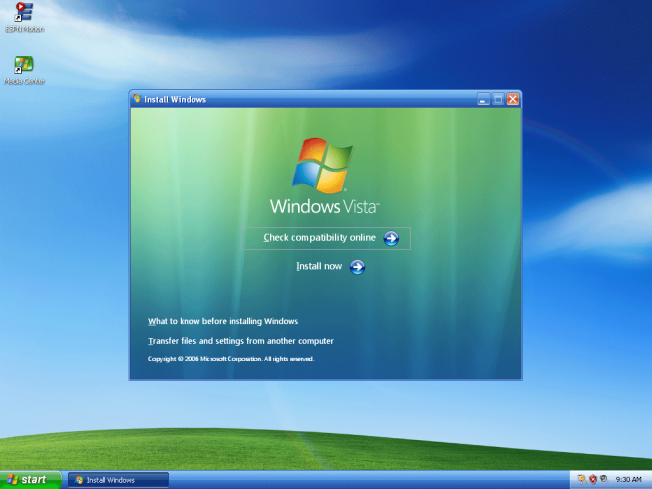 Ten years after the half-baked software dumpster fire known as Windows Vista was unleashed on an unsuspecting public, the nightmare is finally over. Microsoft is discontinuing support today, meaning that no new updates or security fixes will be issued for Vista, and users will have to change operating systems, or be left with a buggy, insecure pile of crap.

Come to think of it, maybe nothing’s actually changing.

Vista was launched in 2007 as the long-awaited successor to Windows XP. It’s important to remember how ubiquitous XP was at the time, to understand why Vista was such a big deal for Microsoft. XP launched in 2001 as the first “fun” version of Windows that had a graphical interface that had been designed for people with aesthetics in mind. Remember the first time you logged on to see rolling green fields, or fired up the Pinball game?

That’s what Microsoft had to follow up with Vista. Worse, it had to follow it up years late. XP was released in late 2001; Vista, codenamed Longhorn at the time, was supposed to follow in 2003. But problems in development meant the launch was delayed by years. When it arrived, what users didn’t get was any improvement in performance or useful features.

Instead, files copied slower, games were sluggish, and User Account Control prompts appeared any time you wanted to do anything. Microsoft fixed the performance issues in a patch six months later, but it was too little, too late. Just as Windows 8 was demolished in the court of public opinion for changes to the Start menu, Vista was dead by the time any user copied a file for the first time.

Microsoft scrambled to get Windows 7 out the door afterwards. It turned out to be everything that Vista should have been, and thanks to cheap upgrades to 7 (one of the many, many complaints about Vista was the high upgrade price), most people upgraded and moved on with their life.

The official cutting of the cord by Microsoft today is more symbolic than practical. Anyone who would care about security updates has already abandoned Vista long ago. But hey, closure is good — and now when your uncle asks you to fix his creaking Vista box, you can officially tell him it’s an obsolete, unsupported pile of crap.