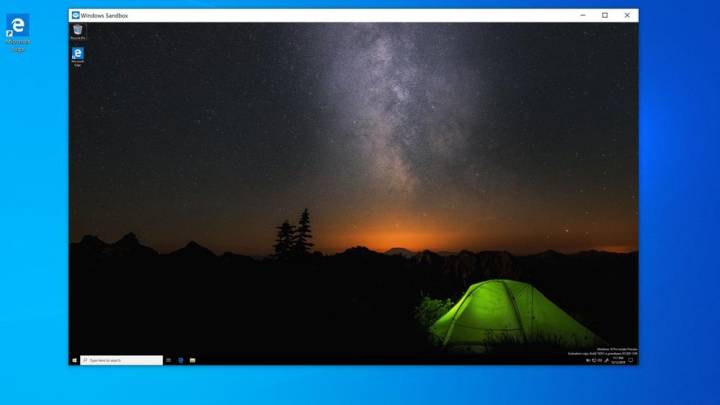 You can never be too careful when it comes to opening files or email attachments from untrusted sources. Just one errant click could have disastrous results, which is why many people who aren’t entirely comfortable with technology are so reluctant to try anything they haven’t done before on their personal computers. It’s really a sad state of affairs, but Microsoft (creators of one of the most vulnerable platforms of all time) has an intriguing solution.

This week, Microsoft introduced a new feature called Windows Sandbox which allows Windows 10 users to run apps in an isolated desktop environment without risking any long-term negative impacts to their PC. Software installed on Windows Sandbox stays in the sandbox, and is deleted forever once the program is closed.

Scheduled to arrive in 2019 on Windows 10 Pro and Enterprise (but weirdly not on Home), Windows Sandbox will be built into the operating system — in other words, you won’t have to download an extra program. Every time you run it, it’s equivalent to running a completely clean copy of Windows 10, and nothing persists once you close it. But, as you can imagine, running a separate instance of Windows 10 on your PC requires some computing power.

Here are all of the prerequisites for using Windows Sandbox on your Windows 10 device:

Those are the basics, but be sure to visit Microsoft’s blog post about Windows Sandbox if you want to take a deeper dive into the technical details behind the feature and learn how it all works.