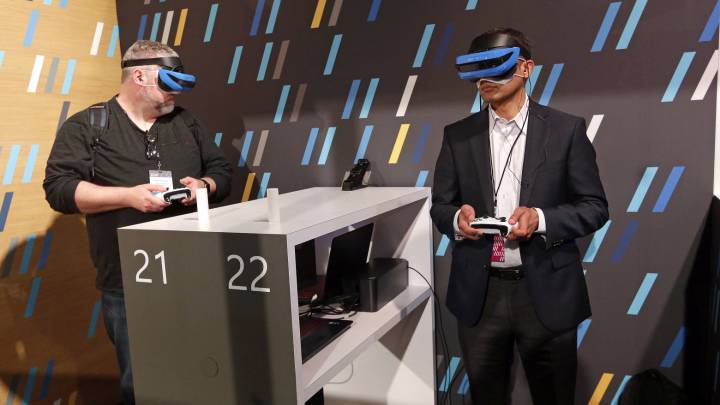 Microsoft announced at IFA 2017 on Friday that the long-awaited Windows 10 Fall Creators Update will officially launch on October 17th, as a leak earlier this week suggested.

As the fourth major update for Windows 10, the Fall Creators Update will bring a wide range of new features and functionality to the operating system. Perhaps the most exciting is the addition of Windows Mixed Reality support, bringing immersive experiences to most everyone with a Windows 10 PC.

In a blog post, Terry Myerson, Executive VP of the Windows and Devices Group, discussed all of the ways that the Fall Creators Update will improve Windows 10. First off, Windows Ink is getting an upgrade, allowing users to “ink directly onto PDFs,” which will make it easier and faster to share comments with others. Microsoft has also added a feature called Windows Find my Pen, so you’ll never lose your pen again.

Other changes include a reimagined Photos application; the ability to save files in OneDrive Files On-Demand, which lets users access cloud files as if they were on their PC without using up any local storage; updated Game Mode for playing Xbox One games on PC; behind-the-scenes security enhancements; and finally, additional accessibility options, including Eye Control, which lets users operate a mouse and type with their gaze.

In addition to releasing the Windows 10 Fall Creators Update on October 17th, Microsoft also revealed that Windows Mixed Reality headsets will be available to purchase starting on the same day from partners such as Acer, ASUS, Dell, HP, and Lenovo. Headset pricing will start at $299.