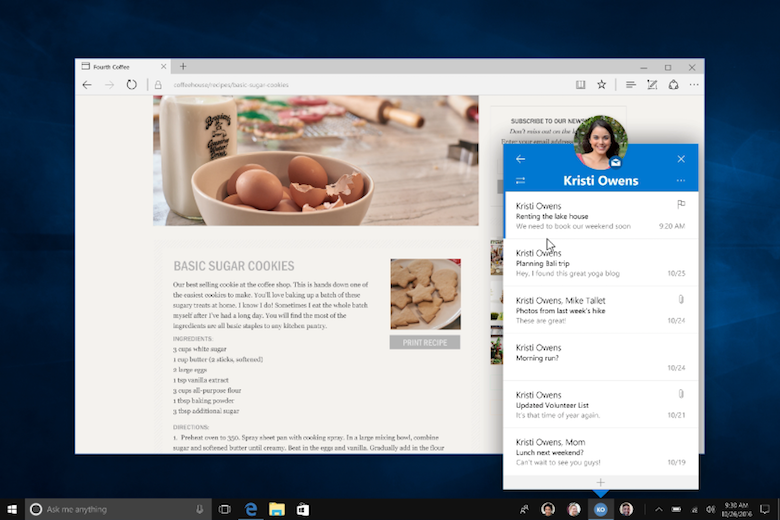 Back in October, Microsoft held an event in New York City to make several major announcements, including the unveiling of the Creators Update for Windows 10. While the company provided a vague release window of “early 2017” at the time, sources are telling MSPoweruser that the update will begin rolling out in April.

As MSPoweruser explains, the update was originally expected to hit in March, but the final version number of 1704 appears to suggest that the Creators Update will be made available in April instead. In this case, the “17” in the version number refers to the year (2017) and the “04” refers to the month (April).

Much like it did with the Anniversary Update in 2016, Microsoft will roll out the Creators Update in waves. That said, Windows 10 users will be able to manually download the update as soon as it goes live.

There’s still a great deal we don’t know about the update, but Microsoft is expected to finalize the additional features and bug fixes before the end of January, according to MSPoweruser.

As for what we do know, Microsoft has said that the Creators Update will include the Windows Holographic user interface, which will serve as built-in support for the various Windows 10 VR headsets coming from Dell, HP, Asus and other hardware manufacturers in 2017. Users will also be able to create and edit 3D objects in a new version of Paint, broadcast video games in 4K with Beam and interact with friends straight from the taskbar with MyPeople. More features will likely be revealed later this month.