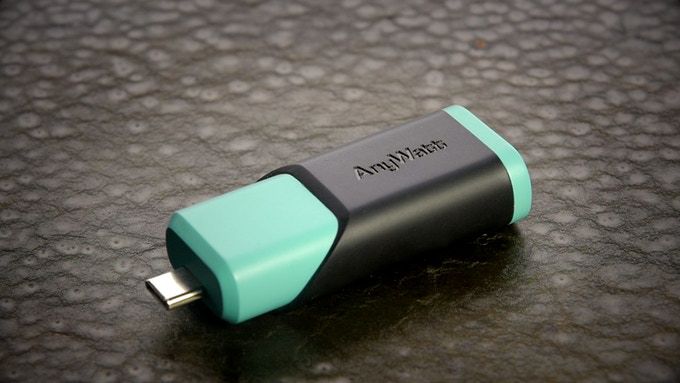 Over on Kickstarter, there’s a new company called AnyWatt claiming to have made a device that converts your old Magsafe chargers into USB-C, compatible with all the latest MacBooks and phones.

For just $19, you get a dongle that gives you the safe-disconnect features of MagSafe with all the high-speed intelligent charging benefits of USB-C, which will be quite the feat if this thing ever ships.

To understand my skepticism, you have to grasp the number of problems AnyWatt is claiming to solve here, for basically no money. MagSafe adapters basically don’t exist anywhere, because Apple goes to pains to shut down any company seen to be using its charger design. For obvious reasons, Apple doesn’t want third parties selling Apple-compatible chargers, so any company trying to do so normally gets a scary phone call from Apple’s army of lawyers.

Then there’s the technical challenges. USB-C is an awesome specification that can transfer data at huge speeds with little latency, as well as up to 100 Watts of power. Doing so requires small circuit boards just to make the cable work, which is why you can barely buy a good USB-C to USB-C cable that won’t fry your device for $19.

Cramming all that into one small circuit is impressive. Doing it for under $19 — and then offering free international shipping in a couple months! — makes this reek of Kickstarter bravado.

The final question mark is that the project was only asking for $5,000 initially. It’s already blown past that funding goal, and given how these things go, it’ll probably be in six figures before long. People who’ve invented a crazy-good charging product don’t tend to settle for $5,000 in funding, which is barely enough to pay for whoever made the Kickstarter video. Asking for that little suggests that they might’ve wanted to sneak under the radar and avoid the scrutiny that comes with big Kickstarter campaigns — exactly what you’d want to do if all you had was a bunch of pretty renders.