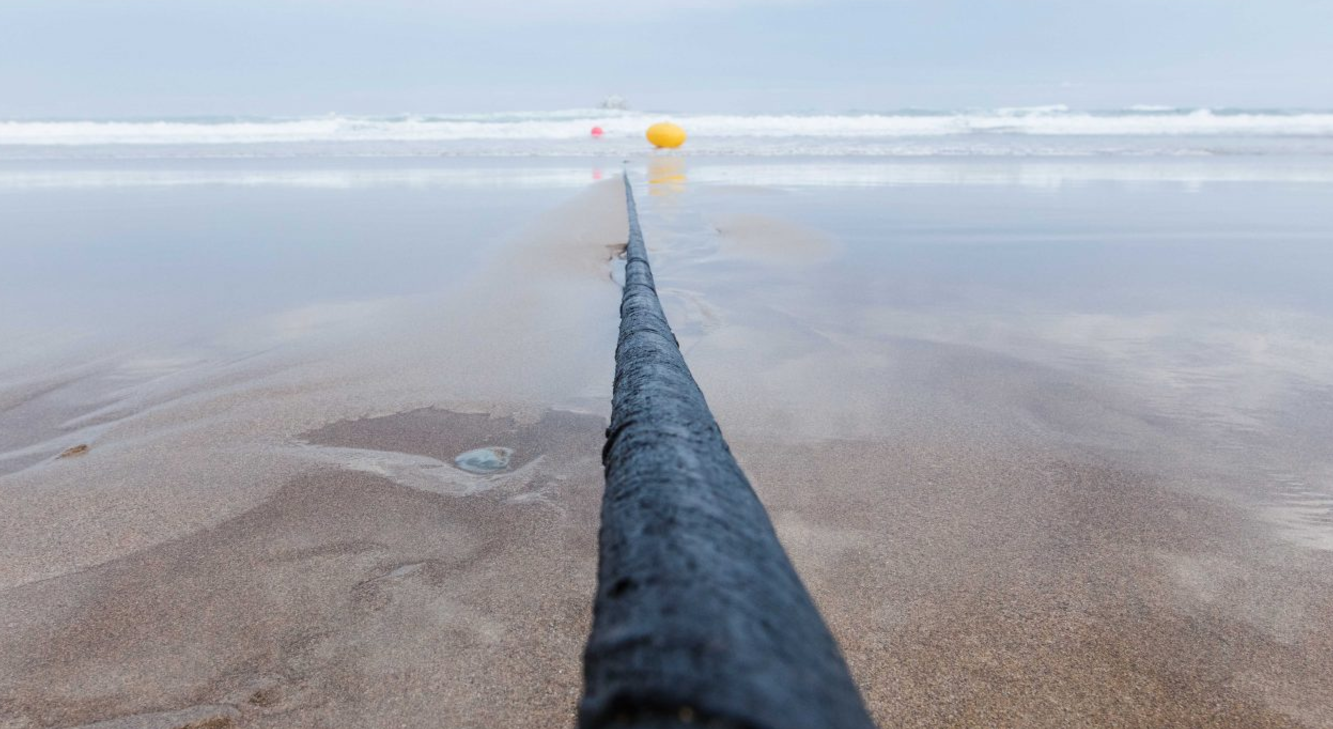 If you’ve ever felt the incredible frustration of wiring up a dozen gadgets in a home office, just imagine trying to connect a wire between two continents. That’s exactly what a partnership between Microsoft, Facebook, and communications corp Telxius just finished doing with an incredibly powerful, 4,000-mile-long cable that is now laying some 17,000 feet below the surface of the Atlantic Ocean.

The Marea subsea cable, as it is called, is capable of some truly impressive data transfer speeds. Weighing in at over 10 million pounds — which Microsoft points out is equal to 34 blue whales — the cable has a transmission capacity of 160 terabits per second. To put that in perspective, Microsoft says that’s enough bandwidth to stream 71 million HD movies at the same time, and that it’s approximately 16 million times faster than the average home internet connection. Wow.

As you might have guessed, given that the project was spearheaded by two of the largest tech companies on the planet, the Marea cable is all about speeding up connections between the United States and Europe. Its connections in Virginia and Spain will help satisfy at least some of the increasing demand for bandwidth needed by the ever-growing internet infrastructure. Microsoft, in a blog post, notes that cloud services will be one of the things the cable will be able to help with.

However, just because the cable is laid doesn’t mean it’s ready for its time in the spotlight. Marea won’t actually begin sharing any of the world’s internet load until sometime in early 2018.