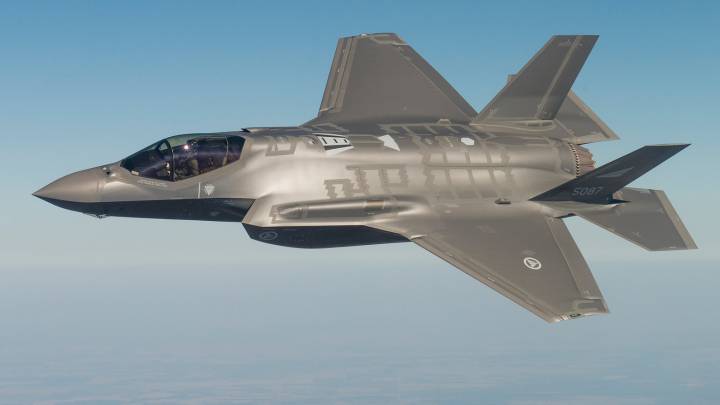 Donald Trump has been notoriously tough on military contractor Lockheed Martin during his presidential run and subsequent victory, and the F-35 fighter jet program has found itself in his crosshairs on more than one occasion. Speaking with small business leaders on Monday, Trump changed his tone while claiming that the plane is great and that he singlehandedly brought the cost of the hardware down by hundreds of millions of dollars. Back in reality, it turns out his self-congratulations are unwarranted, as he had virtually nothing to do with the recent price drop of the jets.

In the Monday meeting, Trump alleged that he’s “cutting the price of their planes by a lot,” and that his administration has somehow whipped Lockheed into shape, ending what Trump described as “great delays, about seven years of delays,” and “tremendous cost overruns.” “We’ve got that program really, really now in good shape, so I’m very proud of that,” the President added.

However, as Defense One reports, the cost of the F-35 program has been steadily declining for at least the past half decade, and that since Lockheed restructured its F-35 efforts, things have been going rather smoothly. The batches of the planes ordered by the US government have each been significantly cheaper than the orders before it, and the price drop that accounts for Trump’s claimed “$600 million” savings is actually a previously planned cost reduction that was announced in mid December, before Trump and his team even met with defense contractors.

Here's a handy chart from my recent @AviationWeek story showing how DOD expects the price of #F35 to drop over the next few years pic.twitter.com/8rm1VLdfo0

So yes, the F-35 is now cheaper than it was before, but no, Donald Trump isn’t actually responsible for the cost reduction. That won’t stop him from taking credit for it, of course, but facts can be fun sometimes, too.