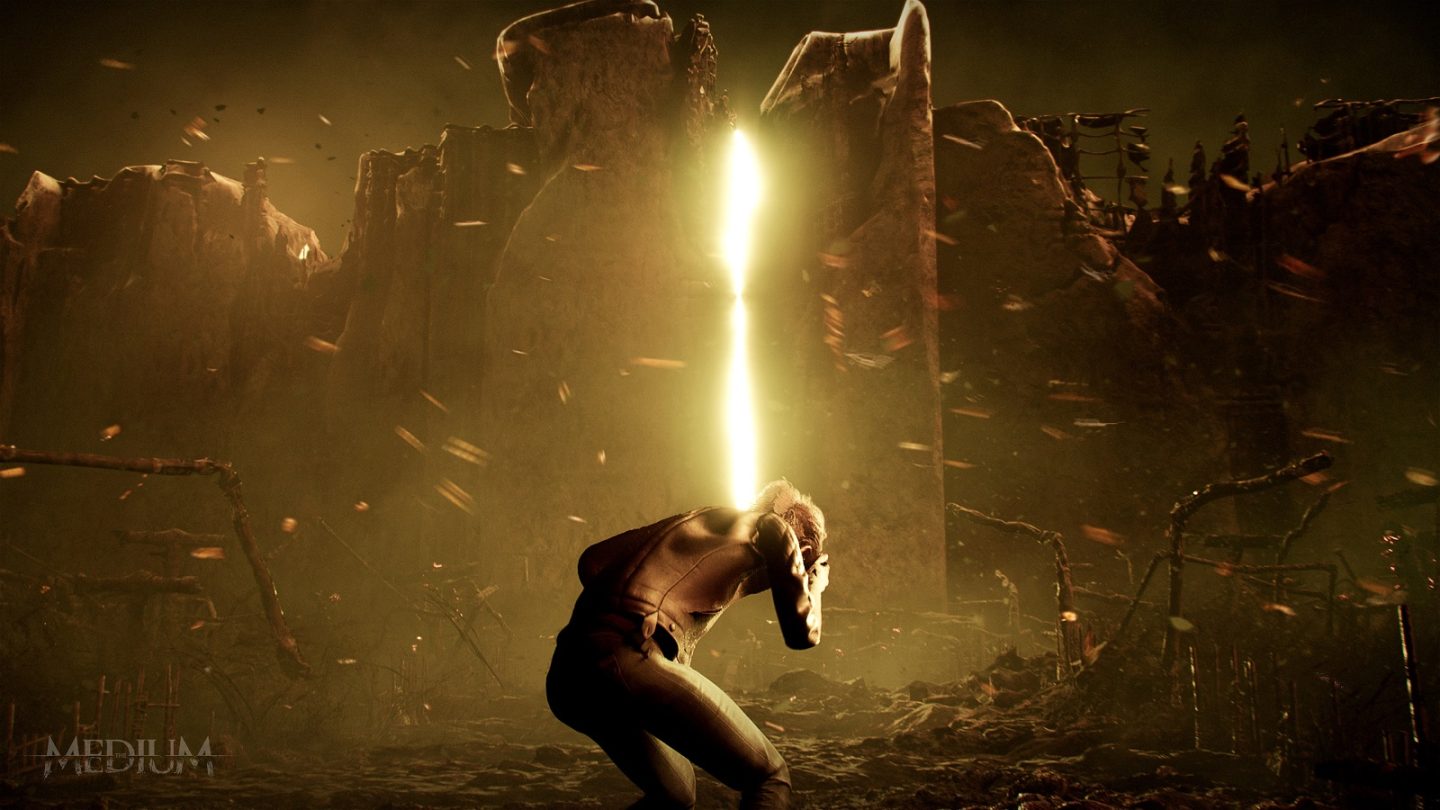 Through no fault of its own, Bloober Team’s new psychological horror game The Medium is the first console exclusive for the Xbox Series X. The Medium was announced in 2012 for PS3, Xbox 360, and Wii U, but in interviews, the team explains that the technology had yet to catch up with their vision for the game. Nearly a decade later, game consoles are finally powerful enough to bring the idea to life, and at long last, The Medium has arrived.

Ironically, while The Medium is one of the first games only available on the new generation of consoles, it plays more like a PS1 game than how you might imagine an Xbox Series X game should play. You play as Marianne — a woman who has the power to shift between realities. Throughout her journey, the world will split in two as she enters the spirit world to solve a mystery that has been haunting her for as long as she can remember. We see both of these realities on screen at once, controlling Marianne in the real world and the spirit world simultaneously.

Much like the classic horror games Resident Evil and Eternal Darkness, you don’t have control of the camera at any point during the game. Your third-person view of Marianne is fixed, and although this takes some getting used to, it’s really the only way the game could have worked as the developers designed it.

The Medium is heavily focused on narrative, and while there are puzzles to solve and enemies to evade, you’ll spend a majority of the game watching cutscenes and discovering objects and letters that contextualize the story. Thankfully, the story they tell is intriguing, and the twists and turns of the plot kept me engaged for much of the game’s 8-10 hour runtime. It all starts with a phone call from a man named Thomas who seems to know Marianne, though she doesn’t know him. He needs her help and tells her to meet him at the Niwa Hotel. When she arrives, Thomas is nowhere to be found, but the mystery slowly unravels as she plunges deeper into the depths of the abandoned hotel.

While there are more than a few gruesome, deadly threats scattered around the Niwa Hotel, your primary method of interaction with the world of The Medium is solving puzzles. Most of these puzzles involve the world splitting in two as Marianne finds useful objects in both the real world and the spirit world to open a locked door or find a way around a blocked path. None of the environmental puzzles are especially difficult, but most are fairly clever and use the “dual-reality gameplay” to great effect. For example, Marianne is able to temporarily separate her spirit from her physical body to reach areas that are inaccessible in the real world. Her spirit is also able to suck up energy in the spirit world that she can use to ward off threats or power generators that affect the real world.

The gameplay does feel like a means to an end to tell the story that Bloober Team wanted to tell, and The Medium is not going to stand up against many other modern horror games in this regard. More than anything, the performances were what kept me locked in as the story raced to its conclusion. In that respect, it reminded me of Detroit: Become Human, which was a similarly narrative-driven experience that lacked compelling gameplay.

Unfortunately, the character models look even worse in The Medium, despite the fact that Detroit: Become Human is now almost three years old. The art design is, at times, captivating, and the dual-reality scenes are interesting from a technological perspective, but for the most part, The Medium does not look like a next-generation game. Of course, that probably has something to do with the fact that it was supposed to be an Xbox 360 game.

Finally, it’s worth noting that the trigger warning that pops up when you turn on the game is apt. There are some truly challenging aspects to the story that the team wanted to tell us, and while it is not nearly explicit as it could have been about the terror and violence that has been perpetrated upon its characters, it certainly doesn’t shy away either. I was somewhat uncomfortable in these moments, but probably not more so than the developers intended.

Putting aside its status as the first Xbox Series X console exclusive, The Medium is a serviceable third-person horror game with a few standout performances, a relatively propulsive story, and puzzles of slightly higher quality than what you might find in a hidden object game on the App Store for your phone. Throw a handful of visual bugs and glitches in to the mix to occasionally shatter the tension, and it becomes hard to recommend The Medium to all but the most passionate horror fans that feel the need to play every game in the genre.

Microsoft provided BGR with a copy of The Medium on Xbox Series X for the purposes of this review.