It’s been a wild few days for Tesla. Last Thursday, the company temporarily took the order pages for the Model S, Model 3, and Model X offline and, in their place, put up a somewhat cryptic message stating that the “wait is almost over.”

Ultimately, Tesla announced that the long-promised $35,000 Tesla Model 3 would soon be available for purchase and delivery. While that would normally be welcome news, shares of Tesla immediately tanked upon word that Tesla would not be profitable during the first quarter of 2019. Meanwhile, Elon Musk over the weekend announced that Tesla would unveil its Model Y crossover vehicle on March 14. Though this would ordinarily be met with excitement, some skeptics believe that the timing was purposeful, if not panicked, and simply intended to distract investors from a non-profitable Q1.

Simply put, the Model Y is going to be a crossover version of the Model 3. Initially, the Model Y was said to be built on an entirely new platform, though Musk, more recently, said that the vehicle will be based on the Model 3 in the interest of profitability. Though we’ll get an official unveiling next week, Musk late last year said that actual production won’t begin until 2020. Meanwhile, we’ve seen rumblings that production might begin in late 2019 in a best case scenario.

Musk hasn’t talked extensively about the Model Y, but in 2017 he did make a point of noting that the “Model Y will, in fact, be using substantial carry over from Model 3 in order to bring it to market faster” and that vehicle will have “relatively low technical and production risk as a result.”

Of course, Tesla doesn’t have the best track record when it comes to meeting production guidelines, so it will be interesting to see if Musk makes any promises about when we can expect the Model Y to actually be available.

In June of 2017, Tesla released the following teaser photo of the Model Y. It’s not much to go on, but we’ll have more information about specs and pricing next Thursday. 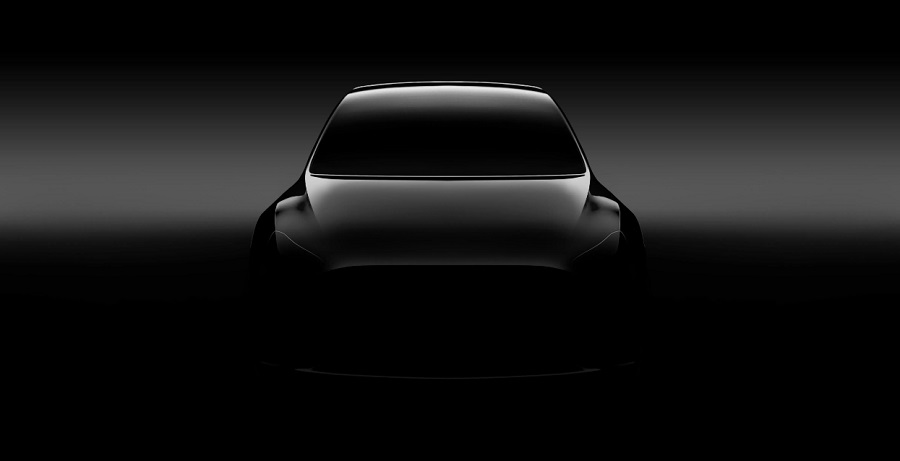