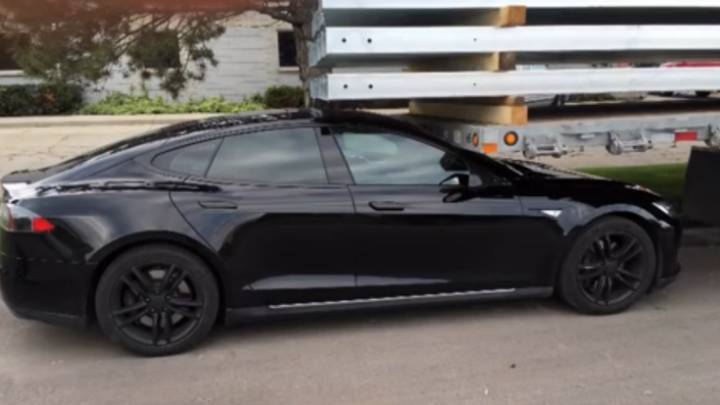 A few days ago, a Model S parked itself using the Summon auto-park feature, crashing into a trailer in the process. The car’s sensors and software did not detect the trailer’s high bed and the car crashed into it. The driver discovered everything when he and a second person came out of a nearby building. When asked to explain the event, Tesla blamed the driver, saying that the Summon feature is activated by the user and that any Tesla driver looking to take advantage of it agrees to supervise the vehicle while it’s parking itself, to take control in case something unexpected happens.

While the driver wasn’t happy with Tesla’s response, it turns out that the company keeps incredibly detailed logs of how you interact with your car.

Looking at the car’s logs, Tesla offered precise information on how the accident occurred, and The Verge obtained a copy of the letter the company sent to the driver. Apparently, Jared Overton failed to use the Summon feature correctly.

“Unfortunately, these warnings were not heeded in this incident,” Tesla wrote, establishing with high accuracy the timeline of the accident.

“The vehicle logs confirm that the automatic Summon feature was initiated by a double-press of the gear selector stalk button, shifting from Drive to Park and requesting Summon activation,” Tesla said. “The driver was alerted of the Summon activation with an audible chime and a pop-up message on the center touchscreen display. At this time, the driver had the opportunity to cancel the action by pressing CANCEL on the center touchscreen display; however, the CANCEL button was not clicked by the driver.”

“Approximately five minutes, sixteen seconds after Summon activated, the vehicle’s driver’s-side front door was opened again. The vehicle’s behavior was the result of the driver’s own actions, and as you were informed through multiple sources regarding the Summon feature, the driver is always responsible for the safe operation and for maintaining proper control of the vehicle.”

Overton says he stood outside of the car for at least 20 seconds, talking about the car with a person he met. In such a case, he should have seen the car moving, but he claims that didn’t happen. Even though both parties are blaming each other for the accident, Tesla’s precise logs are impressive, and could be valuable in future cases where a crash is caused by an autonomous feature of the car.