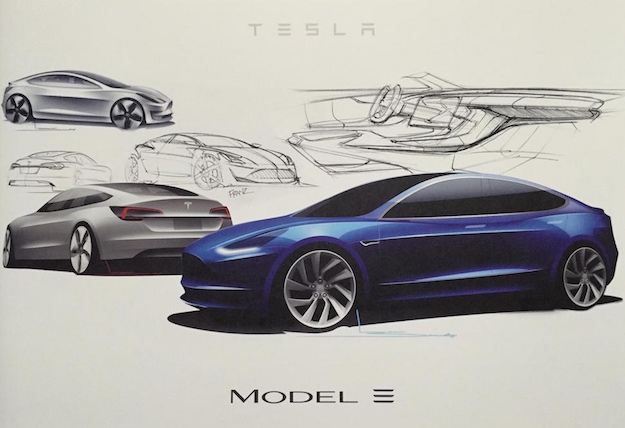 The Tesla Model 3 is going to be the company’s first attempt at a reasonably priced, mass-market car. But Tesla made its name making electric cars that could smoke the fossil-fueled competition, so even though it’s cheap, the Model 3 won’t be a slouch.

We always knew that the Model 3 would be decently fast (in a straight line at least). At the unveiling, Elon Musk said that the base models of the car would have a very respectable 0-60 of under six seconds. But according to Electrek‘s source, the higher-end versions of the 3 could comfortably beat that:

A source very familiar with the Model 3 powertrain program confirmed that Tesla tapped the same engineers who worked on the dual motor inverter architecture to develop the Model 3’s, but this time, they were given a blank sheet to develop the system from the ground up, including the power semiconductor package.

According to the source, the strategy paid off and the inverter architecture for the Model 3 will have a capacity of “over 300kW”, comparable to the Model S’ RWD system even though the S is a much higher-end and bigger vehicle.

Equally promising is the rumor that the new inverter will have 25% fewer parts, making manufacturing much easier. That’s good news for a company that has been plagued with reliability problems since the launch of the Model X.

With production due to increase dramatically in order to meet Model 3 pre-orders, anything that makes the cars simpler to build and more reliable is good. The fact that it might also make a mid-range family sedan freakishly fast is just the icing on the cake.