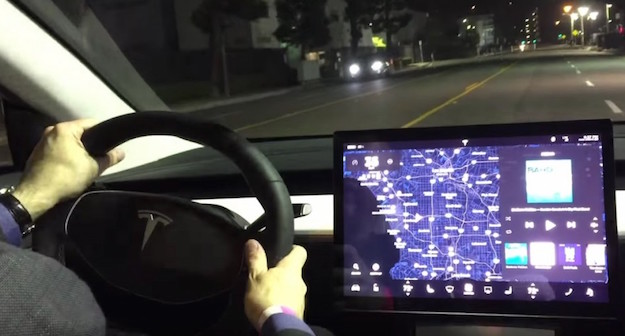 There’s still a great deal we don’t know about the deadly Model S crash that occurred back in May. We know that the driver had Autopilot engaged and we know that Tesla is under investigation, but on Friday, Tesla’s partner Mobileye shed some light on how the car’s self-driving system might factor into this incident.

FROM EARLIER: Man who died in fatal crash with Model S on Autopilot was allegedly watching a movie

Electrek got its hands on a statement from a Mobileye executive, who explained that the Automatic Emergency Braking system is only capable of protecting drivers from rear-end collisions, not lateral collisions (as was the case in this crash).

“We have read the account of what happened in this case. Today’s collision avoidance technology, or Automatic Emergency Braking (AEB) is defined as rear-end collision avoidance, and is designed specifically for that. This incident involved a laterally crossing vehicle, which current-generation AEB systems are not designed to actuate upon. Mobileye systems will include Lateral Turn Across Path (LTAP) detection capabilities beginning in 2018, and the Euro NCAP safety ratings will include this beginning in 2020.”

This is an absolute tragedy, and seemingly one that could have been avoided. Now that the story has made international news, we’re hopeful that Tesla owners will think twice before they hop into the back seat to take a nap with Autopilot engaged. This is not finished software. It’s not worth the risk.