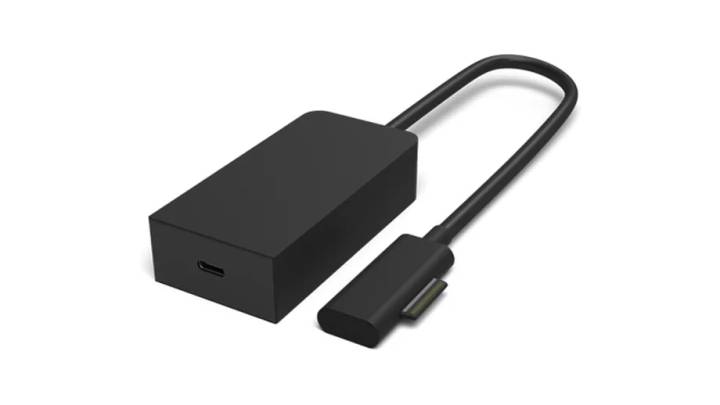 If the state of a society can be gleaned from its luxury technology, then nothing sums up the unbridled consumerism quite like this $80 dongle, approximately the size and weight of a two-year-old child, which will add USB-C connectivity to your overpriced tablet at the cost of your convenience and dignity.

Despite spending billions on R&D every year, tech companies seem staggeringly incompetent when it comes to putting the right ports on their devices. Apple went all-in on USB-C for its redesigned MacBook Pro, taking everything else away and adding four USB-C ports, condemning customers to dongle hell if they dared to do something 20th century like use a flash drive.

Meanwhile, Microsoft went entirely the other way, refusing to put the emerging USB-C standard on any of its Surface tablets or laptops, muttering something about USB-C not being ready and promising to release a dongle for those crazy nerds who want to use the agreed-upon worldwide standard for fast data or power transfer.

Well, this is it. Microsoft’s dongle costs $80 and converts the proprietary Surface Connector port into a USB-C port, which you can use for data or power transfer. For some reason, it has taken Microsoft, a company worth $750 billion and which employs around 125,000 people, a full year to build this dongle, and the end result was something far bigger than any of the other USB-C dongles available for other things. There’s probably some reason like power or heat management, but the voice screaming inside my head suggests that if I can charge a tiny GoPro off USB-C, Microsoft can probably make a dongle smaller than my TV’s power adapter.

Anyway, if you haven’t sworn off all technology and gone to live in a cabin in the woods, The Verge reports the Hell Dongle will be available to Microsoft business customers on June 29th.