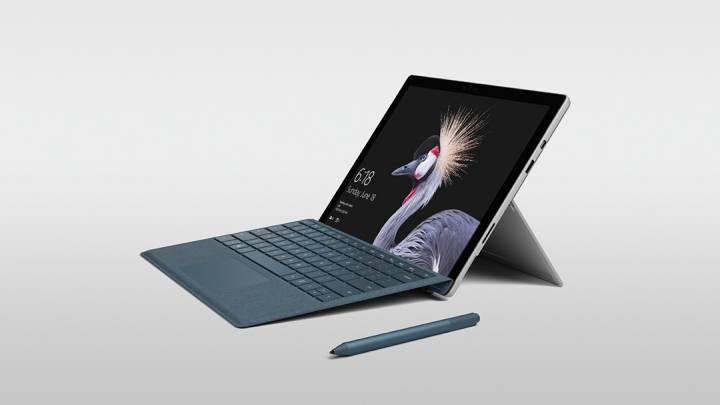 Apple always gets speeding tickets for rushing towards the future, even if that mean frustrating its customers in the process. The company kills old technology for what’s next, and the iPhone 7 and the MacBook Pro are a testament to that. Last year alone, Apple killed the 3.5mm headphone jack on smartphones, and while it wasn’t the only company to do so was the only one that had to deal with the backlash. The 2016 MacBook Pros only have USB-C ports, which means they need plenty of dongles — and yes, there’s no good way to connect the iPhone 7 to the MacBook Pro.

Microsoft, meanwhile, appears to be at the other end of the spectrum, and the brand new Surface Pro only proves that point.

The new Surface Pro has a few interesting features, including a faster processor, impressive battery life, and even LTE connectivity. But the device isn’t ready for the future. It does not have the USB-C port that’s currently used on more and more smartphones, tablets, and laptops.

No, instead Microsoft is making what can only be described as a dongle from hell: a USB-C to Surface Dock.

That’s right, rather than motivating people and companies to move to the next-gen technology — and USB-C Is definitely the future — the company decided to stick to the past.

“I love the technology in Type-C, I believe in Type-C,” Microsoft Surface chief Panos Paney told The Verge. He just isn’t pumped. “When Type-C is ready for our customers, to make it easy for them, we’ll be there.”

“If you love Type-C, it means you love dongles,” Panay said. “We’re giving a dongle to people who love dongles.”

Yeah, that’s not really the answer.

Sure, the Surface Pro is extremely slim, so you don’t have a lot of space for ports. But that’s why USB-C comes in handy. It’s really small, and you could always find space for it on a tablet-like device.

Microsoft did not want to remove the DisplayPort from the Surface Pro, The Verge explains, and there may be some merit for that. But supporting USB-C via a dongle on a brand new laptop just sounds so counterintuitive at this point in time.

In case you were wondering how many ports the new Surface Port has in the first place, you’ll have to know there are quite a few connectors on it, including a full sized USB 3.0 port, microSD card reader, Surface Connect, headset jack, mini DisplayPort, and a Cover port. That’s a lot better than the MacBook Pro (2016), which only has USB-C ports. And it also shows Microsoft could have found a way to support USB-C on the new Surface Pro laptop.