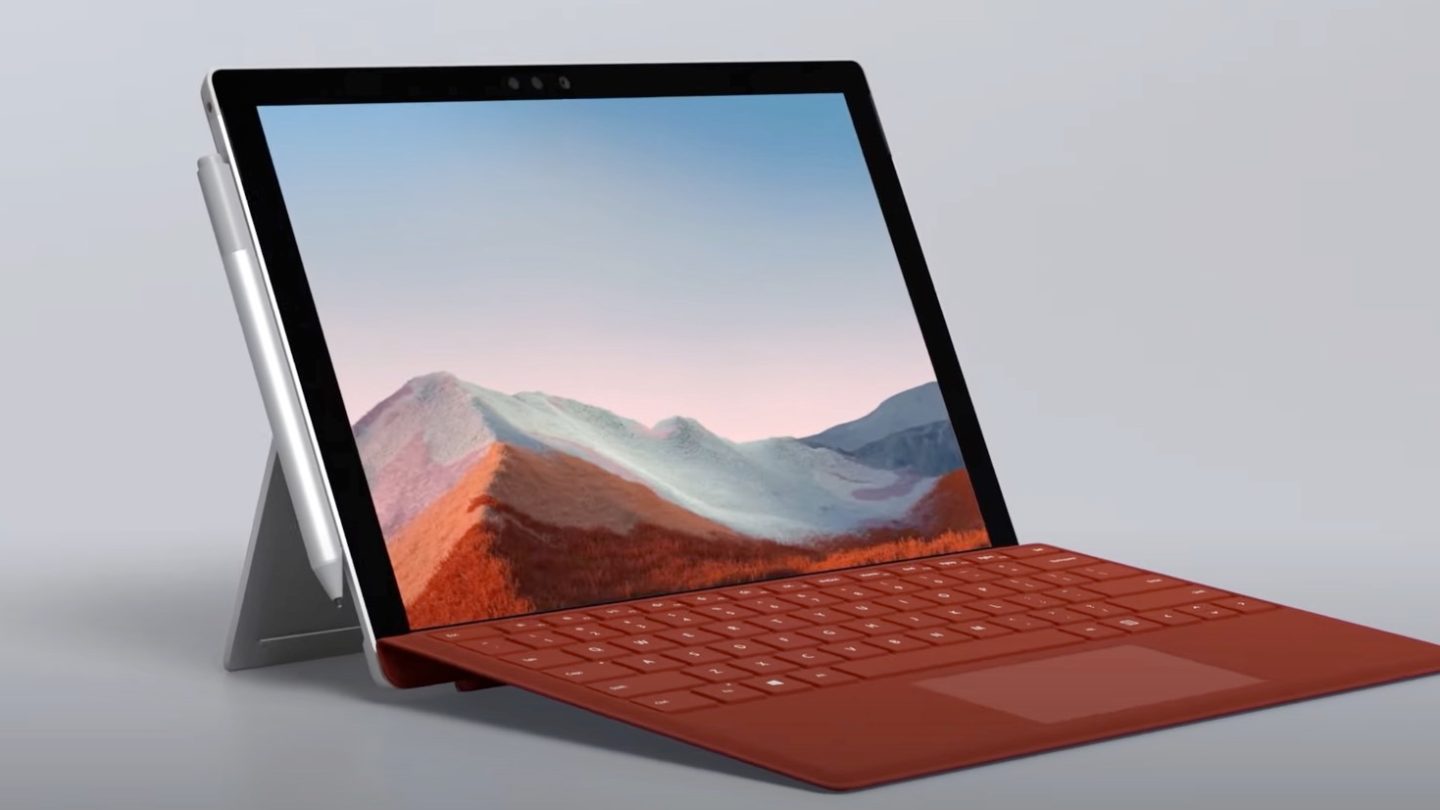 It’s unusual for a brand new Surface Pro to launch in early January, but we’re living in unusual times. Many people work and study from home, and the Surface Pro 7+ targets exactly those kinds of buyers.

The Surface Pro 7+ won’t be available in stores or online to regular consumers, though. Instead, only businesses and schools can order the new 2-in-1 Surface Pro. That’s frustrating news for Surface Pro fans, especially considering that the Pro 7+ offers a few exciting upgrades. The new device has a replaceable SSD, significantly improved battery life, 11th-gen Intel Core processors, a redesigned thermal system, and 4G LTE support.

The Surface Pro 7+ offers plenty of upgrades over its predecessor, but not enough to warrant a new name. This isn’t the Pro 8 that you might have wanted. It has the same generally unchanged design, including the same 12.3-inch display. It works with the accessories you already own, and that’s definitely something that Microsoft is going for here.

But the Plus does offer the kind of upgrades that businesses might want. This includes a user-replaceable SSD drive that can go up to 1TB of storage. The optional 4G connectivity is the kind of upgrade people working or studying from home might crave. The 2-in-1 also supports Wi-Fi 6 and Bluetooth.

As for battery life, the new 15-hour estimate sounds a lot better than the Surface Pro 7’s 10.5 hours. It’s not just the more efficient processor that allowed Microsoft to increase the battery life. It’s the actual battery, which is now thicker than before, as Microsoft shrunk down the screen thickness. The battery also supports fast-charging via Microsoft proprietary charging cable, which allows the tablet to recharge up to 80% in just about an hour.

The Surface Pro 7+ come in brand new bulk packaging, device folios, that allow Microsoft to save space, minimize waste, and distribute the machines more broadly. Again, you won’t be able to buy one for yourself from Microsoft’s stores or partners.

Prices start at $899 for the Core i3 model that features 8GB of RAM and 128GB of storage and go up to $2,799 for the Core i7 option with 32GB of memory and 1TB of SSD space. The i3 and i5 models do not have any fans, while the i7 version does require active cooling. The new 2-in-1 will launch on January 15th in the US and several other countries.

The following video shows all the Surface Pro upgrades that Microsoft developed for the 7 Plus: