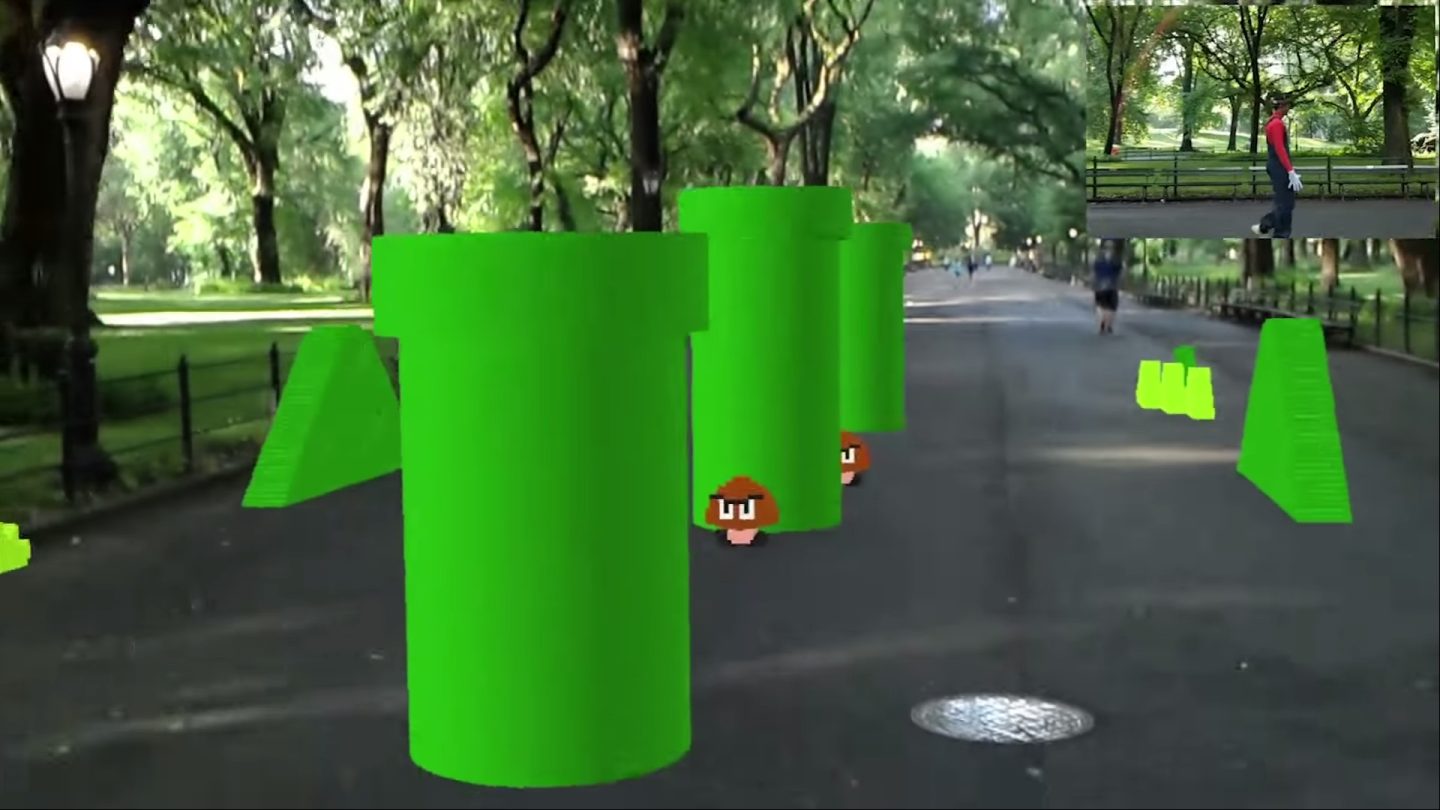 Other than Pokemon Go, augmented reality hasn’t received the same kind of attention as virtual reality. Apple’s AR initiative on iOS 11 will make a difference in the months to come, but there simply isn’t all that much AR content to consume at the moment. Which is why it’s so exciting to see innovative, interesting AR experiences in action, like this life-size Super Mario Bros. game on HoloLens.

Developer Abhishek Singh built the AR Mario level in Unity and recorded himself playing through it in Central Park. We see his point of view while playing through the level as well as a picture-in-picture of what he looks like in real life while he’s punching Question Blocks and jumping on Goombas. New Yorkers in the park unsurprisingly walk by without taking a second glance:

AR is conceptually fascinating, but rarely entertaining in practice. While a recreation of Super Mario Bros. World 1-1 might not be the most practical application of augmented reality, it does look surprisingly fun. Who doesn’t want to eat mushrooms and toss fireballs all day?

This is not an official Nintendo product (and we can’t see Nintendo and Microsoft collaborating on an AR game any time soon), but it’s another example of how AR could become a mainstream technology. We hope to see experiences like this when Apple rolls out ARKit for iOS 11 later this year. In fact, Pokemon Go is set to receive a significant upgrade thanks to the advances in AR tech that have happened since the game launched last summer, which could be the PR boost the tech needs.

See how Singh’s AR demo compares to the first level of Super Mario Bros. on NES: