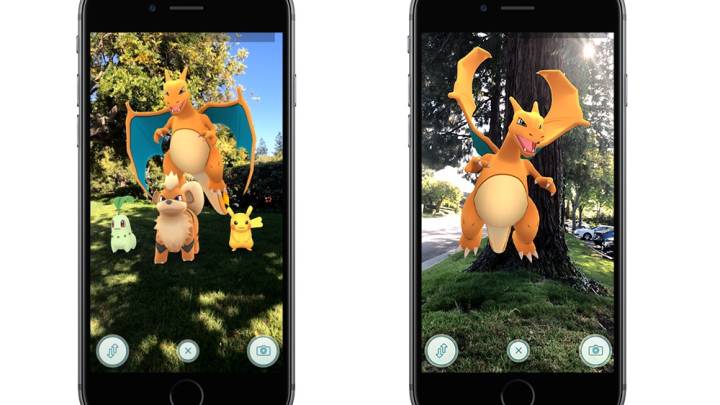 Despite the fact that interest has fallen off significantly since launch, Pokemon Go has been a rousing success for Niantic. But now that the initial excitement has dissipated, the developer is looking for new ways to re-engage the millions of players who have abandoned the game over the past several months, and while new Pokemon are great, there’s another feature that could be an even bigger draw.

Last week, we talked about how Pokemon Go’s AR functionality was going to evolve later this year with the help of Apple’s new ARKit on iOS 11. But we missed a blog post on Niantic’s site where the developer unveiled a brand new mode currently in development called AR Playground.

In the AR Playground mode, players are able to place Pokemon from their collection out into the world and tap on them to trigger their animation. According to a developer with access to the ARKit tech demo (via Pokemon Go Hub), the mode is still glitchy and the Pokemon models clip through each other and the world around them. That said, this is still just a tech demo of a potential feature.

There’s no guarantee that the AR Playground mode will ever come to the actual game, but turning Pokemon Go into an AR Tamagotchi clone would be brilliant. Imagine if you could feed your Pikachu or play augmented reality catch with your Charizard? Pokemon fans would find that hard to resist. In the meantime, we’ll just have to live with more themed events, like the Solstice Event.