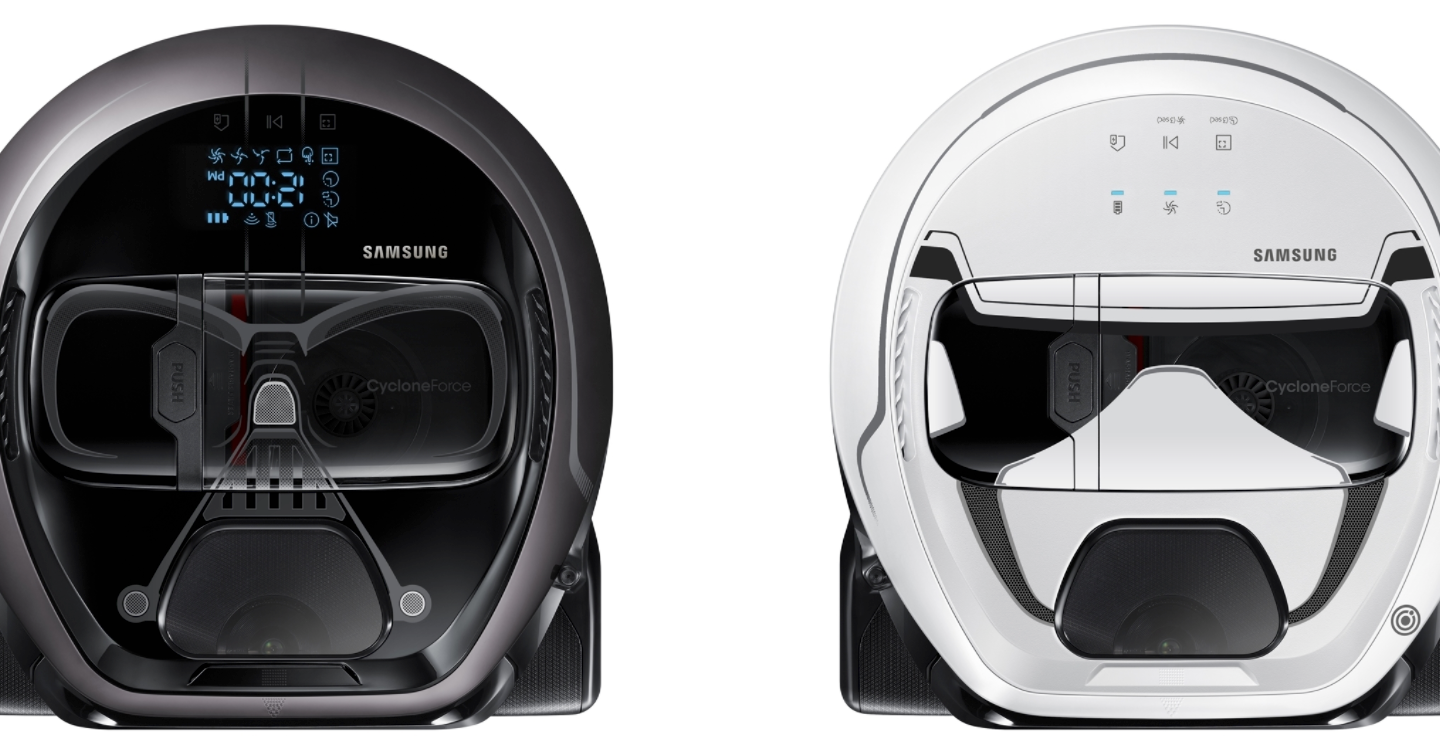 Star Wars is one of — if not the — most popular multimedia franchises ever to exist. As such, everyone wants a piece of the action whenever a new Star Wars film rolls around, and it seems Samsung was willing to throw any semblance of self respect right into the dumpster just for a taste of that sweet, sweet cross-branding action. The company is now rolling out two new models of its PowerBot automated vacuums which are decorated like Darth Vader and a First Order Stormtrooper.

The vacuums are the company’s PowerBot VR7000 models, though the Darth Vader model is higher-end, with Wi-Fi connectivity, a remote, and LCD readout. Both devices boast 10 watts of suction power and Samsung’s room mapping and edge-cleaning technology. They both also feature built-in Star Wars sound effects, which sounds like it will be a lot of fun for exactly 15 minutes and then make you want to tear your hair out.

They seem like fine gadgets and I’m sure they work perfectly fine for their stated purpose, which is sucking crap up off of your floor, but why on Earth are these decorated like Star Wars characters? The Stormtrooper model will set you back $699 while the higher-specced Darth Vader will cost you $799. That’s some pretty serious cash to drop on a robot vacuum with a gimmicky paint job, isn’t it?

Not to mention the fact that these things look like kids toys now, making their target consumer even more difficult to pin down. Who are these for? Star Wars superfan adults who are in the market for a $700+ vacuum and insist it be Star Wars themed? Parents who need a robot vacuum for their kid’s room? 14-year-olds with incredible allowances? Your guess is as good as mine.