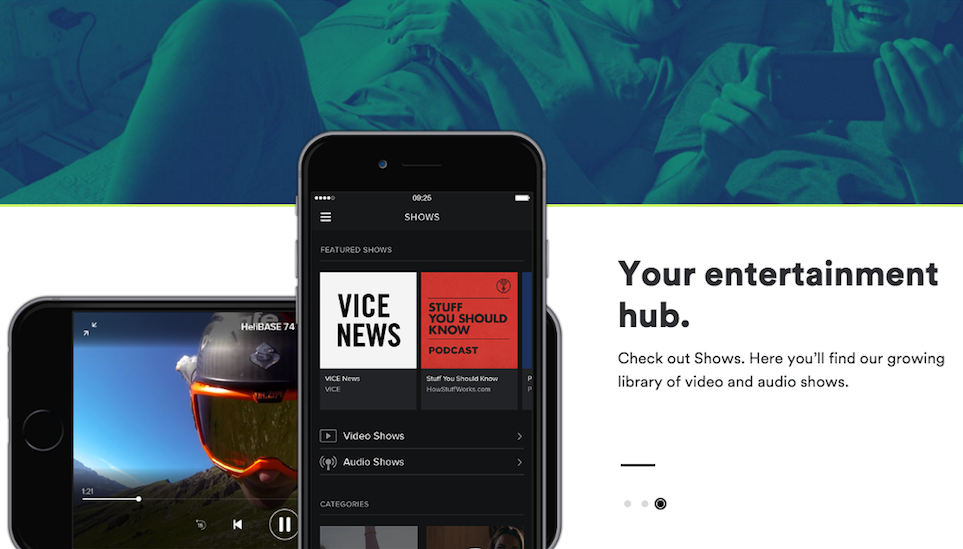 Just hours after the original report surfaced on Monday, Spotify has launched its video streaming service on Android app. In order to access the videos, head to the navigation menu and tap the “Browse” button. From there, you should see a new section entitled “Shows,” which features both “Video Shows” and “Audio Shows.”

SEE ALSO: This iPhone 7 concept looks like something Apple may really release

Spotify users have been able to access podcasts from the app for several months, but now that the video service is finally ready for primetime as well, the two have been merged under the same banner.

From the “Video Shows” menu, you’ll find content from ABC, ESPN, NBC, Comedy Central, BBC, MTV, Fusion, Maker Studios, TED, and Vice News. Interestingly, there don’t appear to be any full shows available to watch from the app, but rather clips from SportsCenter, The Daily Show and other partners.

It’s worth keeping in mind that this is only day one of the service, so what you’ll see in your Spotify app this afternoon likely isn’t an accurate representation of how the service will operate in the coming weeks and months. After all, several original series are expected to debut on the service before the end of the year.

For now, the videos are tucked away deep within the app, not bothering users who would rather use the app as a music streaming companion and nothing else.

Now iPhone owners have to wait patiently for the update to drop on iOS.