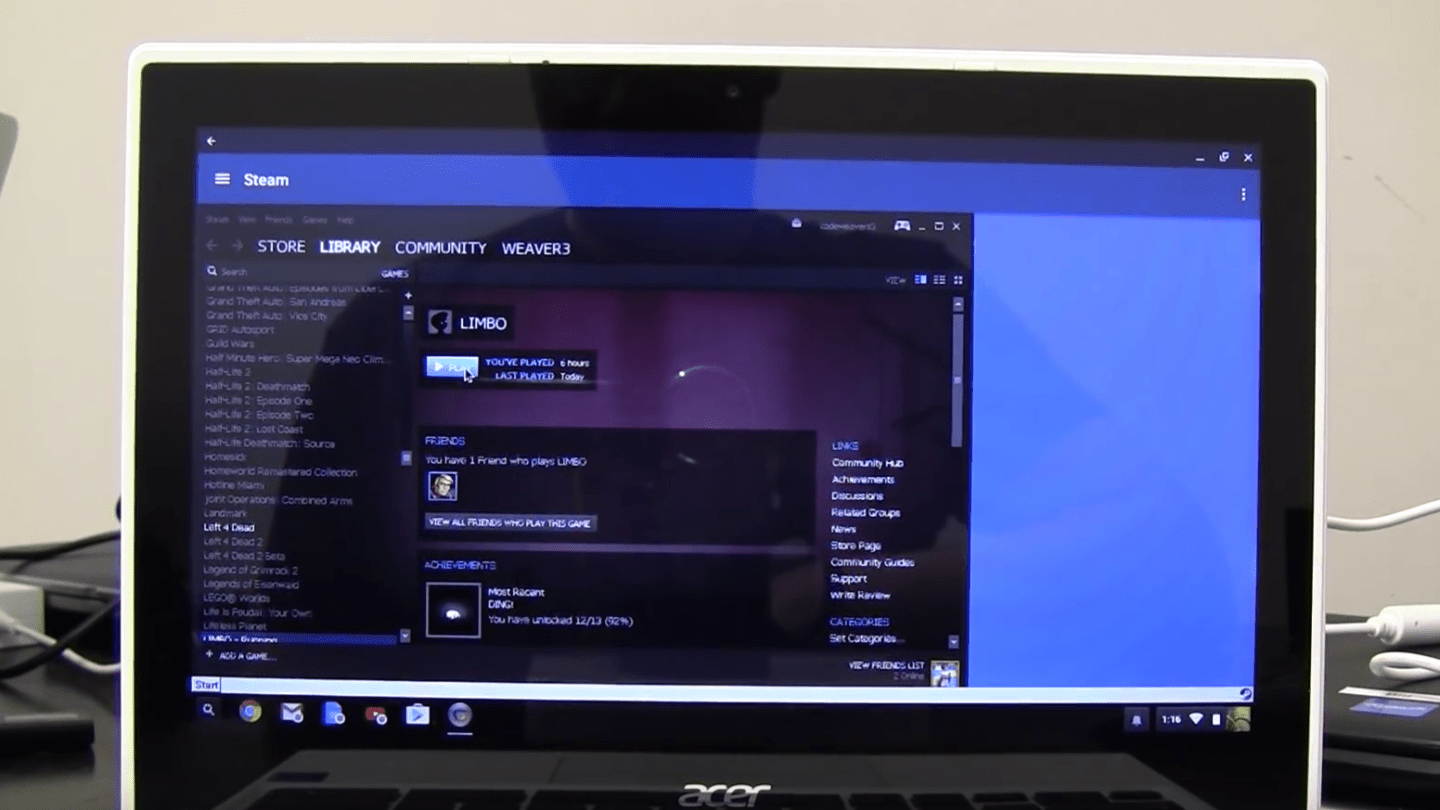 Ever since companies started pumping out dirt-cheap laptops running Chrome OS, nerds on a budget have been trying to sideload Windows onto them. Thanks to the recent addition of Android apps to some Chromebooks, it appears that the aforementioned nerds have had some limited success.

A company called CodeWeavers makes a cross-platform enabling program called CrossOver, which enables Mac and Linux machines to run Windows programs without needing a virtual machine. It also has an Android version, and since some Chromebooks can now run Android apps, the result is Chromebooks that can run Windows apps.

CodeWeavers have published a video of an Intel-powered Chromebook running Steam, and playing the game Limbo successfully. According to the developers, CrossOver on ChromeOS has full support for DirectX 9, mice and keyboards, which in theory should open up a wide range of applications to run on ChromeOS (possibly including some older versions of Photoshop).

The solution is hacky at best — Chrome running Android running a Windows app. The devs are aware, and described the process quite accurately: “PEOPLE, we are staring at a Leprechaun riding on the back of a Unicorn while taking a picture of a UFO. We are running CrossOver through Android on a ChromeBook running a Windows based game launched from the Steam client.”

Whichever way you cut it, it’s an impressive achievement that could really bolster the capabilities of Chromebooks. They’re already outselling Macbooks in the US, and with support for (some) Windows programs and Android apps, things are only going to get better.