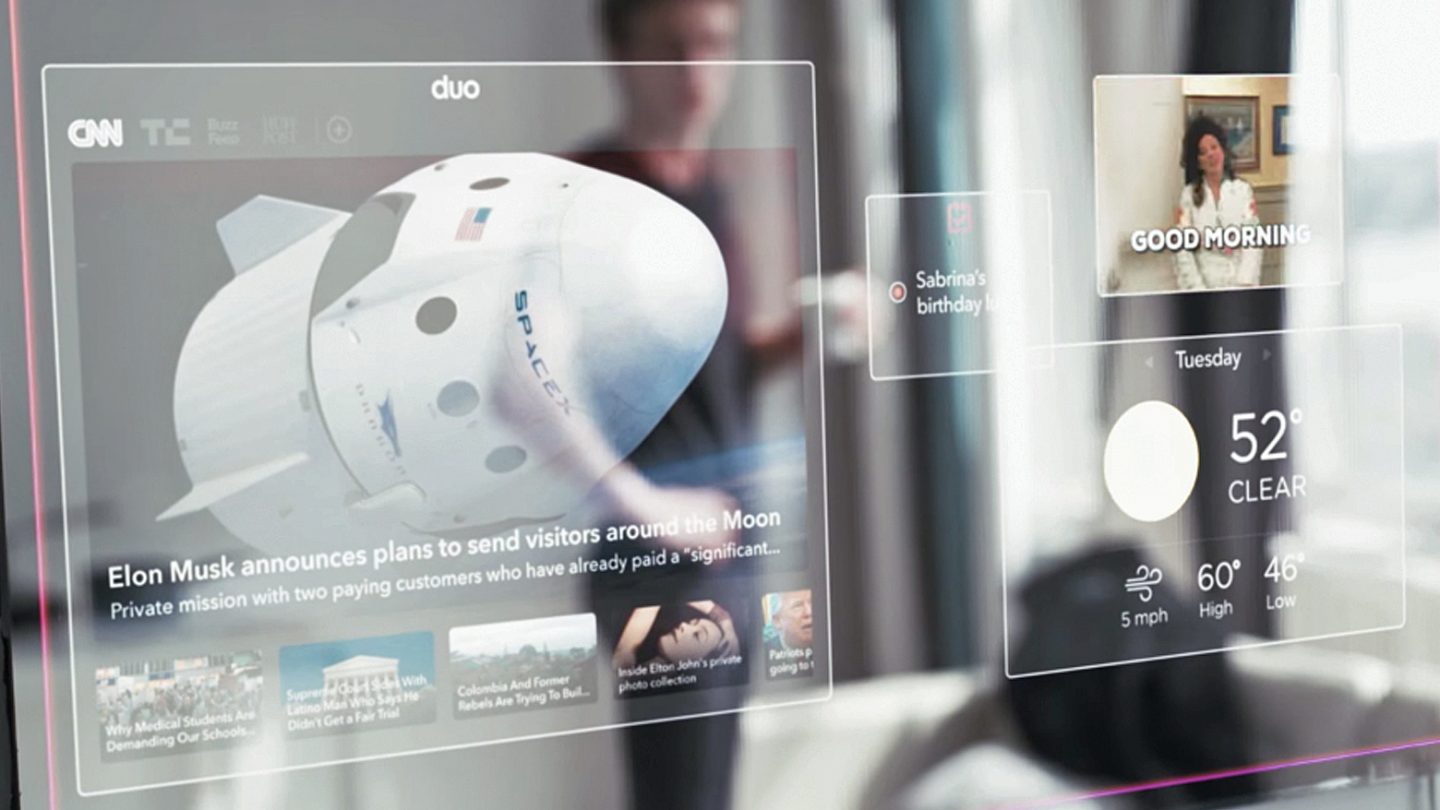 AI assistants aren’t going away any time soon, but their implementation is constantly shifting and evolving. Alexa is invading every gadget in our homes, Siri might soon do the same, and Google Assistant will probably be uploaded to our brains before too long. Now there’s another one to consider, called Duo — no, not Google’s video chat app, a totally different Duo. It’s an AI-powered, 27 inch smart mirror with multitouch, built-in apps with its own app store, connectivity to smart devices, facial recognition, multi-user support, and natural language recognition. You can buy one right now, though you won’t actually get it until the estimated shipping date of October. You probably shouldn’t do that.

The team behind Duo — which, according to the company’s own staff page, consists of two individuals — are going all-in, promising native apps including a news app and music app which uses the Spotify API, and it’s all running on Duo’s own HomeOS platform, which it says will integrate lighting and temperature control for your home. They’re also promising a standalone app store where developers can make apps specifically for the smart mirror, along with voice-powered apps for Instagram, YouTube, Giphy, and many others. There’s a number of things here that should throw up a red flag or two for anyone doing their homework before preordering one of these devices — which are $399, by the way. On its website, Duo says it’s being backed by Lightspeed Venture Partners, though the company doesn’t actually appear on the VC’s huge portfolio list. Some of the features that the company says the mirror has also vary depending on where you look, such as the Duo “tech demo” video stating the device has ten-point multitouch, while the Duo site lists it as having five-point.

The mirror’s extremely impressive list of capabilities — brand new OS, dedicated app store, totally original AI voice assistant with “personality packs,” games, streaming video, etc — would be impressive even if it were coming from a company like Samsung. The fact that all of this is coming from a company with a brand new website and a physical contact address that seems to be an apartment in New York City doesn’t fill us with confidence.

It’s not that the Duo seems like a bad product. In fact, if the device works like the one shown in the company’s own video showcase, it would be a pretty amazing thing to have on the wall of your living room or kitchen. The issue is that this is essentially an extremely ambitious Kickstarter-esque project being conducted outside of the typical crowdfunding environment, which makes it even more risky to dive into. If by some miracle the device ends up going into production, and it has even half of the stated features, it’ll probably be a pretty solid product, but you should wait until October to see if fantasy can become reality.