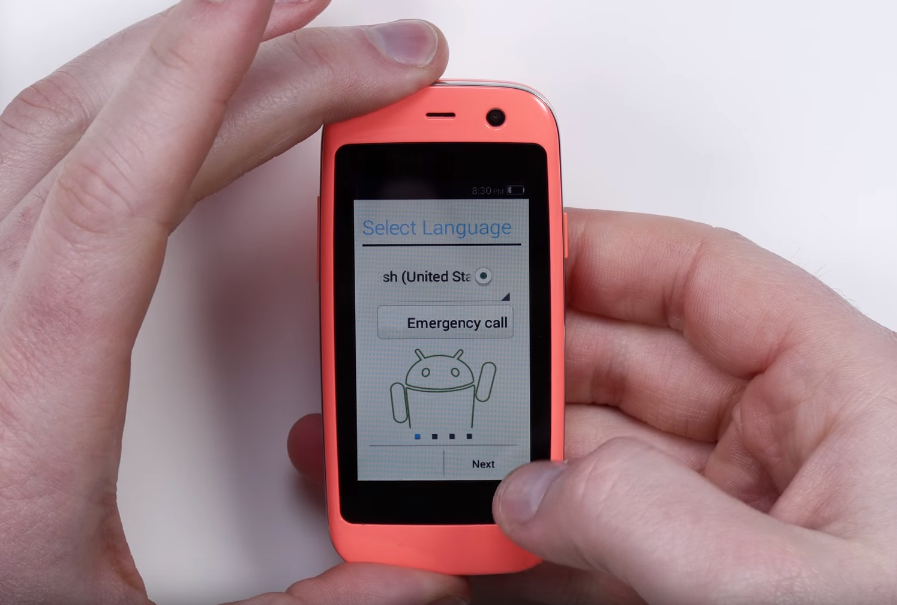 These days, people love having phones with large displays, even though Apple’s new iPhone SE shows that there’s still a market for smaller phones. Even this new smaller iPhone looks positively huge compared to a new Android phone called the Posh Mobile Micro X S240. Unbox Therapy over the weekend got a first look at this tiny new Android phone, which features a 2.4-inch display, 4GB of storage, 512MB of RAM, a dual-core processor, a two-megapixel rear-facing camera and Android 4.4 KitKat.

What, you didn’t think a smartphone this tiny would actually have high-end specs, did you?

MUST SEE: HTC 10 vs. Galaxy S7 vs. LG G5: The ultimate comparison video

As you’d expect with a device with a 2.4-inch display, you can’t exactly load up your home screen with lots of app icons:

You can still arrange to have your basics, including photo gallery, music, web browser, etc. on the home display, however:

Typing on the tiny display seems like it’s a challenge, however, and with just 4GB of storage you won’t be able to install or update a large number of apps.

For the record, here’s how the phone looks compared to the massive Galaxy Note 5:

Yes, that is small.

Check out the full Unbox Therapy video below.