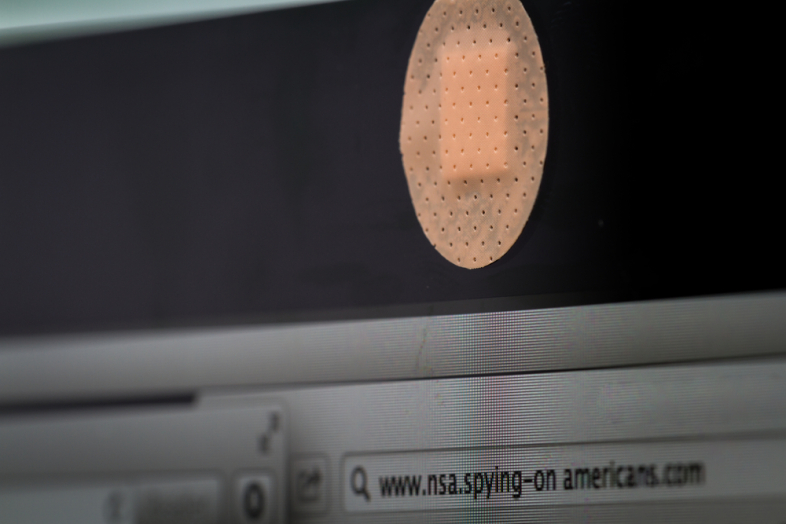 I admit it: I put tape over my computer’s webcam. This is a paranoid thing to do. That said, I spend so much time in front of my computer that if a hacker managed to infiltrate my webcam and record everything I do, I’m sure they’d get lots of footage of me doing something embarrassing or disgusting.

As I said earlier, I’m admittedly paranoid. But I’m not alone.

MUST READ: HTC 10 hands-on: The most surprising smartphone of the year

Per NPR, FBI director James Comey recently admitted that he puts a piece of tape over his laptop’s webcam. This makes some sense since Comey is likely a frequent target of hackers from foreign governments. But his comments also raised a lot of hackles across the web since Comey has previously argued that “absolute privacy” hurts law enforcement efforts to disrupt terror plots. Here’s a good example from ACLU chief technologist Christopher Soghoian:

But leaving aside the obvious hypocrisy of Comey’s actions, there are questions about whether it’s really worth taping over your laptop’s webcam. Writing over at Naked Security, John Zorabedian argues that it’s probably a good idea.

“Hackers can use malicious software called a remote access trojan (RAT) to take over your computer, record your conversations, or even turn on your webcam to spy on you,” he writes. “RATs are perfect for surveillance, which is probably why the FBI has used similar malware to infect the computers of suspects in criminal investigations, court records have shown.”

To combat this kind of spying, he says that people should “cover your webcam when you’re not using it with something non-transparent like tape, or point it towards the wall. If your webcam is embedded in your laptop, close the lid when not using your laptop or cover the camera with a webcam cover.”

None of this stops hackers from recording your voice, of course, but that’s better than having a visual feed right into your bedroom.

So how about it? Does anyone else out there cover up their laptop’s camera? Or am I the only paranoid one?