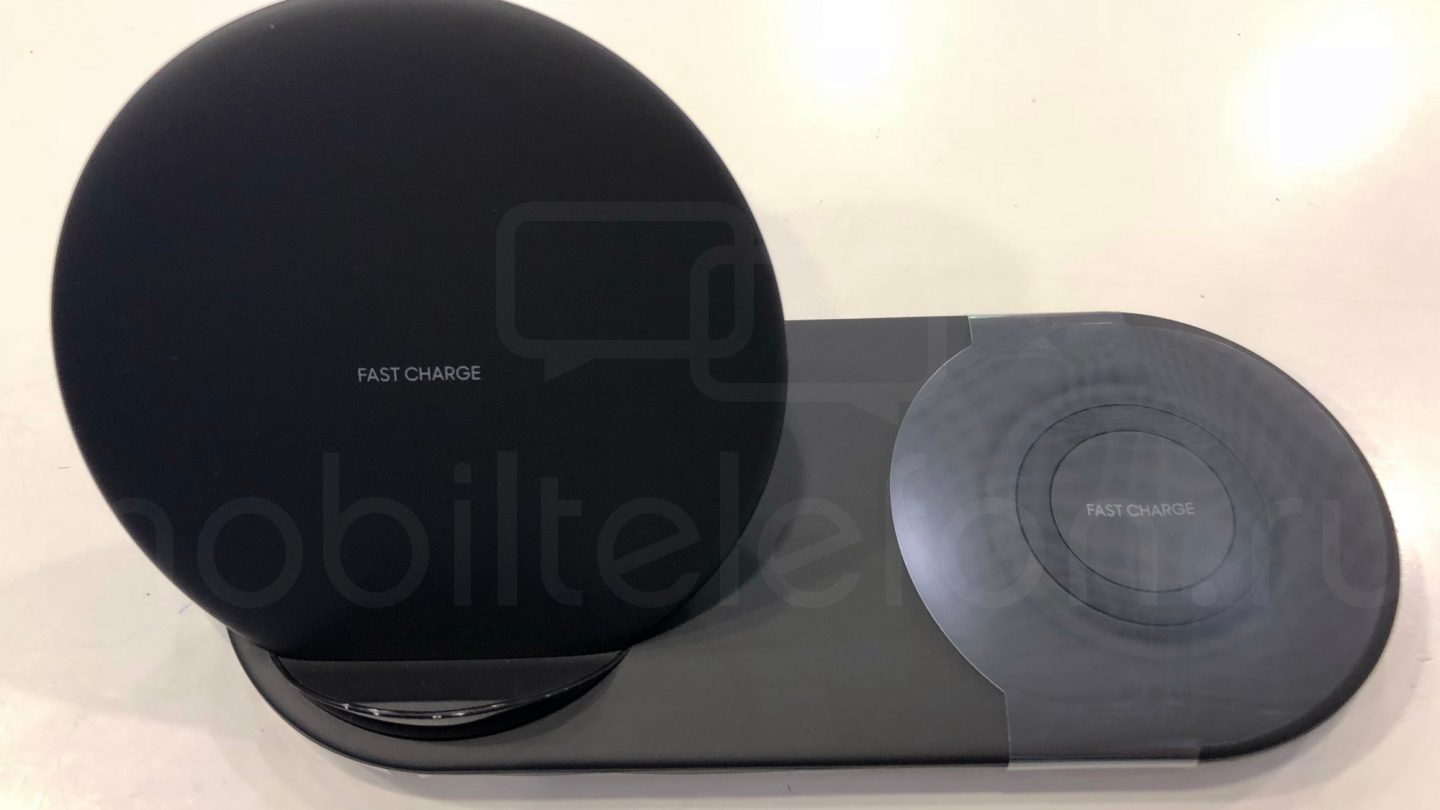 Although there’s not much left to reveal, Samsung will officially debut the Galaxy Note 9 at its Unpacked event in NYC next week. Countless leaks and rumors have spoiled the surprise, giving us detailed looks at the virtually unchanged design as well as a full rundown of the specifications we should expect to see.

But the Note 9 won’t be the only device on display at the event, at least not according to recent reports. We expect to be introduced to the rebranded Galaxy Watch and a new tablet, but Samsung might have an accessory or two in store as well. One such accessory is the Wireless Charger Duo, which had been leaked multiple times prior a brand new leak, as it seems to have gone on sale at a few retailers in Russia.

On Monday, Russian mobile blog Mobiltelefon.ru shared live images of the WIreless Charger Duo, both in and out of its retail box (which we see hanging up at a brick and mortar store). As was previously reported, the Duo can charge up to two devices at once, be it two smartphones or a smartphone and the Galaxy Watch. This isn’t an assumption from us either — it says as much on the packaging (confirming the Galaxy Watch’s name). 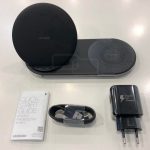 We’ve already seen plenty of photographic proof of the charger’s existence, but this does give us an idea of what the accessory might cost. In Russia, the Wireless Charger Duo is selling for 6,990 rubles, which is about $110. The only question is whether or not Samsung will include this AirPower rival as a preorder incentive. We’ll find out shortly, as Samsung will outline its slate of fall releases on August 9th in NYC.