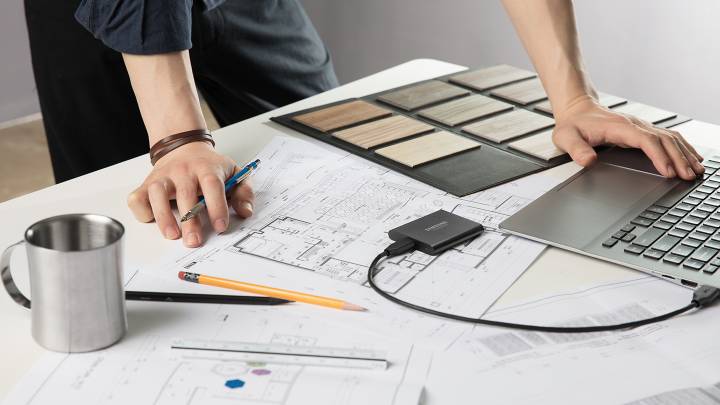 Samsung updated its T-series line of ultra-portable SSDs just more than two years ago, with the T5 models (seen above) offering faster performance than their predecessors and a more refined design. You can find them in several colors in stores right now, and they’re more affordable than ever. However, if you’re eyeing Samsung’s T-series SSDs, you might be better off waiting a few weeks for the new version to hit stores. Not only is the T7 Touch faster than its predecessor, but the new device comes with a built-in fingerprint sensor that should make it even easier for you to protect your backups and files.

The T5 already comes with software that lets you password-protect the SSD, and if you’ve just purchased one, you can still lock down your files. However, a fingerprint sensor is even more convenient, and it’s about time that storage device makers add biometrics to their increasingly smaller storage solutions. Aside from the fingerprint sensor, the new drive is virtually similar to its predecessor.

Samsung isn’t ready to list the T7 on its website, but the company acknowledged the device in a CES 2020 press release in a paragraph about its new storage innovations:

The T7 Touch will likely come in various colors, with storage starting at 500GB and going all the way up to 2TB. Samsung is yet to reveal pricing details about it, but an Amazon listing (via SammyHub) that was published ahead of time revealed the drive will launch on January 21st, with the 2TB flavor selling for $399.99.