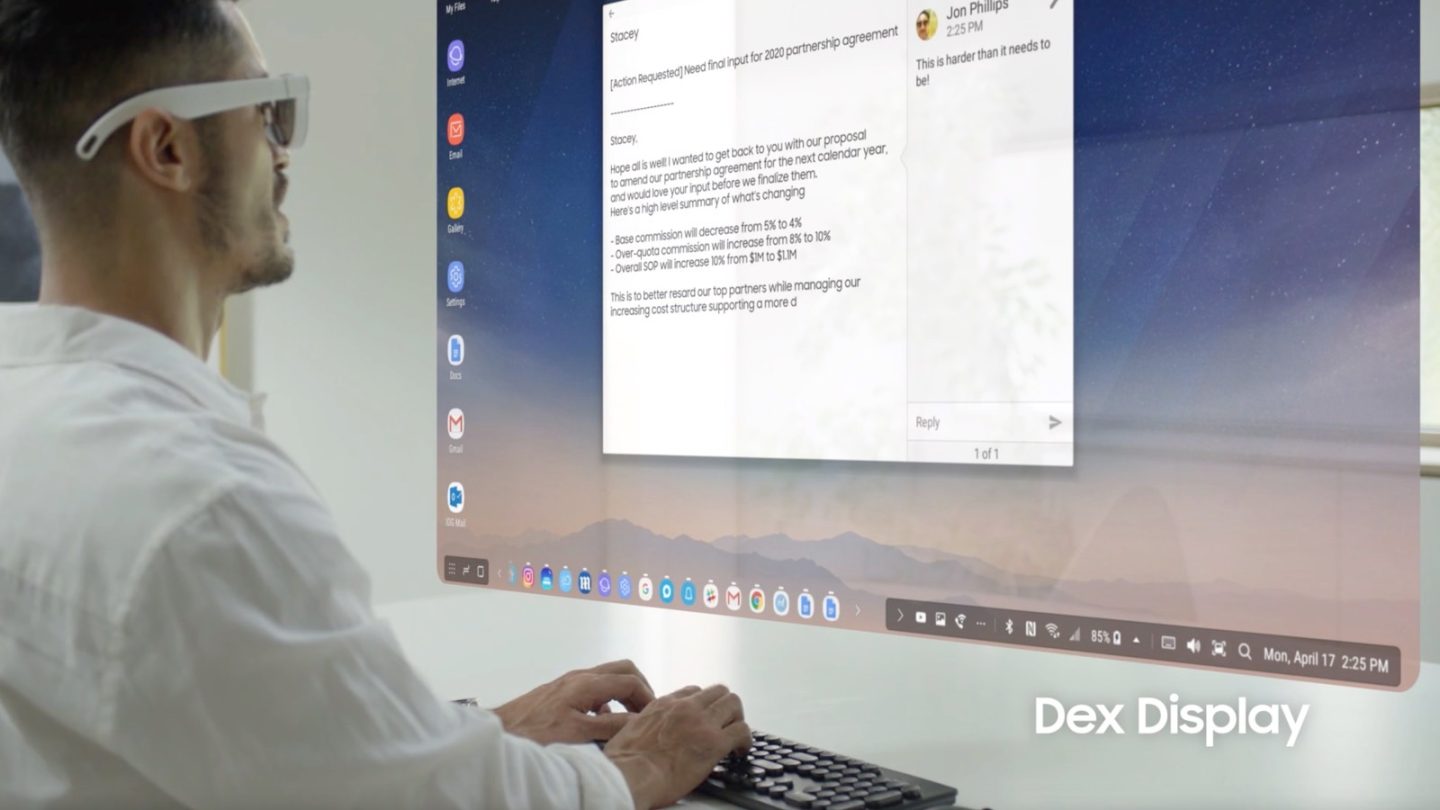 Smart glasses, which could describe any version of spectacles that can do more than address eyesight issues, are in development at various tech companies. These could be augmented reality (AR), virtual reality (VR), or mixed reality (MR) glasses. The concept is similar. A wearable device that’s slightly or significantly bulkier than regular glasses would project images on the user’s retina. The images would appear on top of the real environment around the user (AR and MR) or replace reality with a virtual world for a more immersive entertainment experience (VR). Several companies already sell VR devices that work with computers and gaming consoles, while others have launched the first AR and MR wearables — Microsoft’s HoloLens is a notable MR mention. Several similar devices were just announced at CES 2021.

But creating smart glasses that are just slightly thicker than regular glasses remains a significant challenge for tech companies. Several rumors have claimed that Apple is working on smart glasses of its own, but it’s hardly the only tech company to do so. It would surprise nobody to learn that Samsung has its own smart glasses in the works, and a couple of videos show two such concepts that the South Korean giant is reportedly developing.

A Twitter user who goes by the name WalkingCat has shared two videos that appear to come from Samsung. While there’s no way to verify their authenticity, 9to5Google says the leaker has provided accurate details about unreleased Samsung devices in the past, including the Galaxy Tab S7 Lite and the new Galaxy Chromebook 2.

The first video shows a Samsung Glasses Lite device that looks like a thicker version of the Snap Spectacles. It’s also a smarter version of Spectacles that would interact with all sorts of devices, including Samsung smartwatches, Android smartphones and tablets, and Windows computers.

The video shows a user typing an email on a virtual Dex display that the glasses project on the retina. The glasses can also be used to play games and watch video, with the screen moving around as the user tilts their head. The concept video also shows the user engaging in a video call while standing in the kitchen, although there is a massive problem with this type of experience. The other person would not see the smart glasses wearer unless there’s a second camera somewhere in the room. The Glasses Lite would also work outside, with the clip showing the user piloting a drone, with the camera feed projected right on the retina. The glasses would also turn to sunglasses mode while outside.

In simpler terms, the Glasses Lite would take many of the apps available on a smartphone and bring them over to a bigger display via Samsung Dex. But it won’t be a physical monitor.

and….. this is the 3D holographic version https://t.co/PXDAHjDNWb

The second clip shows a different version of the glasses that looks more like an alternative to Microsoft’s HoloLens. These are the Samsung AR Glasses that would project all sorts of 3D images on top of the real work. The user would interact with these digital creations, whether it’s a virtual keyboard, 3D objects that can be manipulated, or holograms of clients who participate in a complex AR simulation.

Some of the use cases in this example also imply the need for external cameras and additional sensors to detect gestures and allow the user to interact with digital objects. Also, it’s unclear how the holographic meeting between people would work. Those digital avatars that visit the room would require plenty of other sensors in the room to visit the virtual home the user is working on.

Then again, the purpose of these concept videos isn’t to explain everything. Plenty of tech developments will be required to bring these products to life. While Samsung is yet to confirm these products, the company certainly has what it takes to develop this kind of products. Samsung launched VR glasses before, but those needed a compatible Galaxy phone to work. The future versions of AR and VR glasses might only require a tethered or wireless connection to a phone, tablet, or computer.