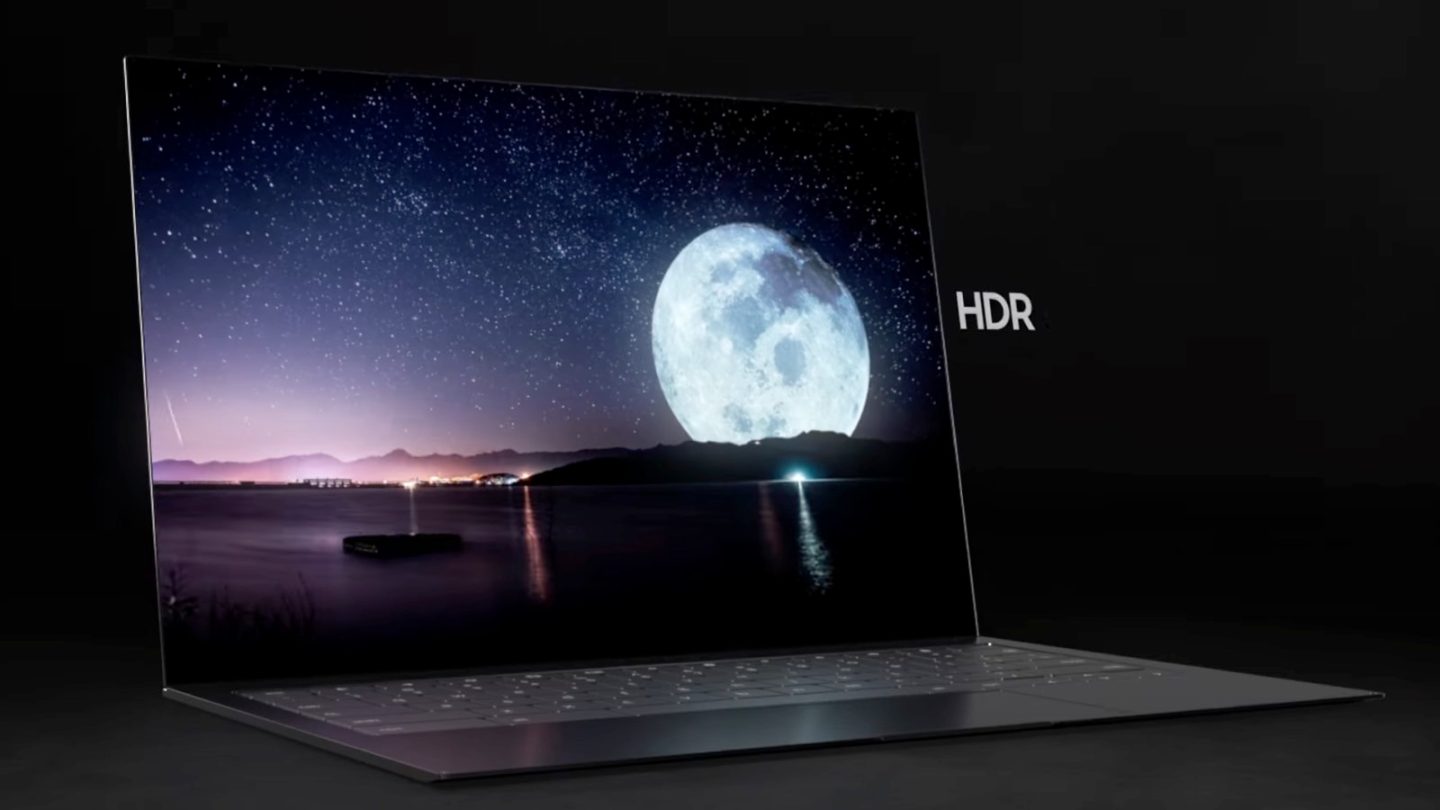 Samsung teased OLED screens for laptops around the all-digital CES 2021 event this year, touting the advanced features of these displays compared to traditional LCD screens. OLED panels support much higher contrast ratios and darker blacks, and that’s because each pixel lights up independently. This leads to richer colors and better HDR support. These features aren’t new, as most high-end phones pack OLED screens, with Samsung being the main manufacturer. That includes most of the all-screen iPhones launched since 2017.

More interesting is a feature that Samsung is finally ready to roll out in commercial products, the under-display camera tech that many smartphone vendors are developing. Samsung calls it under-panel camera (UPC), and it’ll be available on notebooks with OLED screens before smartphones. Samsung finally confirmed that it’s manufacturing OLED displays for 2021 14-inch laptops, without disclosing the mysterious beneficiaries.

Laptops with OLED panels are hardly new. Several players in the industry have already used OLED screens on several creations, Samsung included. But they’re not common for the industry. Samsung’s big push for OLED laptops might convince more PC makers to make use of the technology. Samsung is certainly looking to make the most of its OLED tech in terms of revenue, and buyers looking for smartphone-like experiences will certainly appreciate the upgrades.

Samsung confirmed that it would start producing 14-inch panels that will support a 90Hz refresh rate in March. Samsung is making “very large quantities” of OLED panels. The press release also addresses an apparent disadvantage of OLED screens. The displays will “require the use of a high-spec. graphics card.” Therefore, choosing an OLED version of a laptop would also deliver a secondary upgrade, a better GPU to support it.

In its announcement, Samsung also says that the 90Hz OLED panels offer “high-speed driving performance on par with that of 120Hz LCD.”

The company doesn’t reveal the “global IT companies” that will releases OLED laptops this year. Considering that Samsung Display is making “very large quantities of 14-inch 90Hz OLED” panels, we’d expect quite a few notebook makers to be among Samsung’s clients.

Apple is expected to launch a new 14-inch MacBook Pro this year, but there are no rumors to indicate the device could sport an OLED screen instead of LCD. If anything, Apple is more likely to go for the new mini-LED screens for MacBooks and iPads than OLED.

A separate report from SamMobile says that Samsung is developing a couple of new laptops, on top of the models announced at CES 2021. These are the Galaxy Book Pro and the Galaxy Pro 360. Both devices are expected to support Bluetooth 5.1 and 4G/5G connectivity, but it’s unclear whether they’ll feature OLED displays. The report notes that the notebooks should be high-end devices given the naming scheme. And it’s high-end devices, featuring better GPU, that we’d expect to rock OLED screens initially.