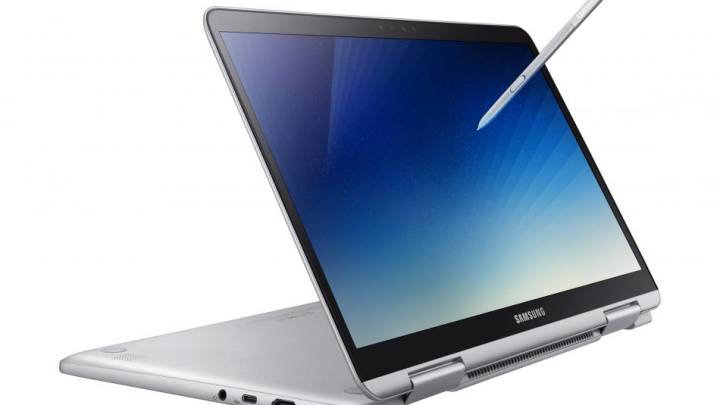 On Thursday, Samsung unveiled a refreshed lineup of Notebook 9 laptops, including the new Samsung Notebook 9 Pen and three new versions of the Notebook 9. Although their designs are similar to those of the Notebook 9 models that were released earlier this year, there are some added features and upgraded specs.

Starting with the Notebook 9 Pen, Samsung has equipped it with the new 8th-generation Intel Core i7, up to 16GB of RAM, up to 512GB of internal storage and integrated Intel HD Graphics. It also comes bundled with an S Pen, has a display resolution of 1920 x 1080 and has the ability to flip around into tablet mode. Finally, the Notebook 9 Pen will have a USB-C port, a USB 3.0 port, an HDMI port and a 720p camera with Windows Hello support.

As for the standard Notebook 9, Samsung will introduce three different versions: two 15-inch models and a 13-inch model. All three will ship with 8th-generation Intel Core i7 processor, up to 16GB of RAM, up to 1TB of SSD storage and Full HD displays. The 15-inch model will include an optional GPU upgrade to the NVIDIA GeForce MX150, for consumers who want a discrete graphics card. All Notebook 9 models will feature two USB 3.0 ports, an HDMI port and a USB-C port, but the 15-inch model will also support Thunderbolt 3 and have an additional USB 2.0 port.

The highlight of the new lineup appears to be the 75Wh Hexacell battery, which Samsung says is the “largest and most powerful battery placed inside a notebook.” It will appear in each and every model, and support fast charging for anyone who needs a quick burst of energy before they run out to a meeting.

Samsung has yet to announce specific availability information for the notebooks, but they will be available in the US in the first quarter of 2018. We’ll get our first up-close look at the computers at CES 2018 next month.