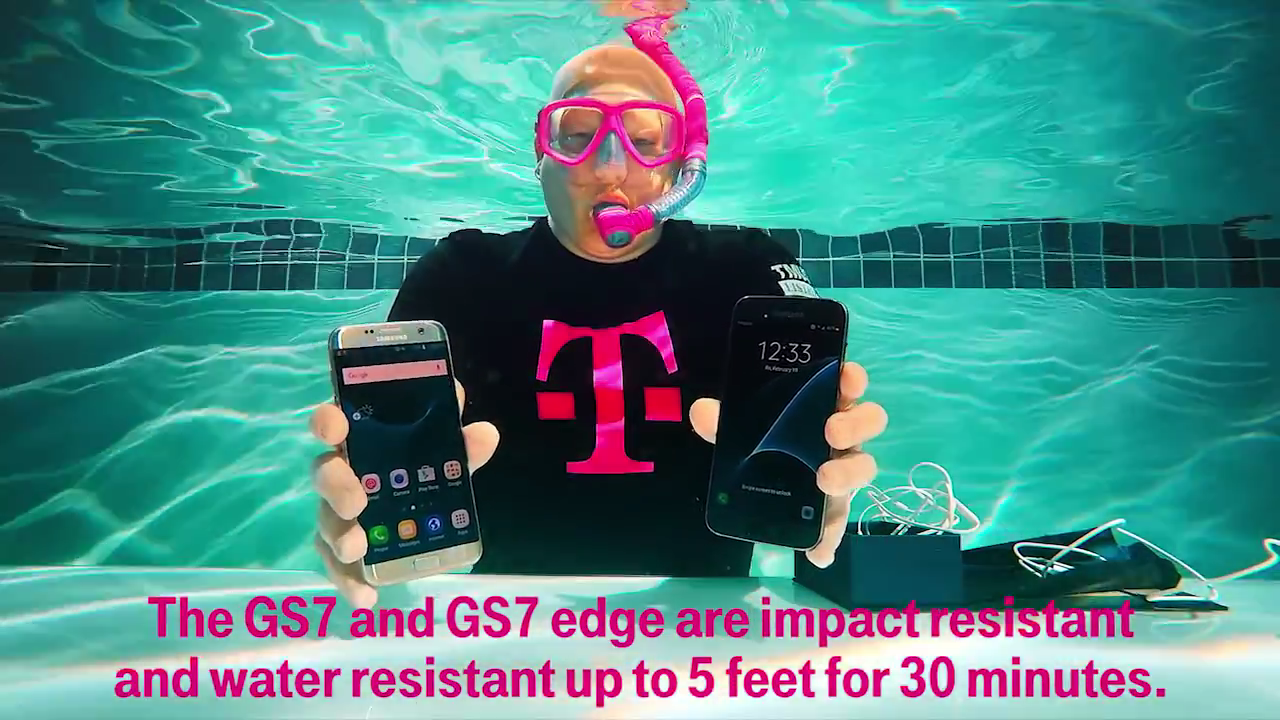 As expected, the phones are strikingly similar to their 2015 predecessors, but there are a few significant upgrades worth noting. They have better cameras, larger batteries, and they’re both waterproof for up to 30 minutes of submersion.

It’s that last point that has future S7 owners especially excited. Imagine bringing your flagship smartphone into the pool and snapping a few photos underwater without having to lock it into some bulky case beforehand?

In order to show off just how durable the Galaxy S7 can be, T-Mobile shot an entire unboxing video underwater. More than just an incredibly clever marketing stunt, the video makes it clear that the S7 and S7 edge function underwater just as well as they do on land. Whether it’s taking pictures, streaming video or taking a video call, you can do it submerged.

Samsung fans also get a chance to see what’s inside the box: headphones, earbuds, a SIM card, a wall charger and a Micro USB charging cable.

If you were already aware of the implications of an IP68 rating, nothing in this video will surprise you, but it is a fun ploy nevertheless.

You can find all the relevant pricing and release date information for the Galaxy S7 and Galaxy S7 edge here.