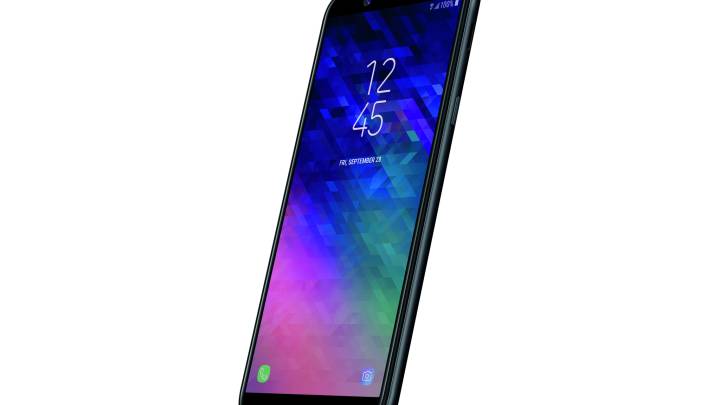 Just two weeks after launching its flagship Galaxy Note 9, Samsung has announced that the midrange Galaxy A6 — which launched in Europe, Asia and other territories in May — will be released in the US on September 14th. In fact, the A6 is one of four midrange phones and tablets set to arrive that day, along with unlocked versions of the Galaxy J3 and J7 smartphones as well as the WiFi version of the Galaxy Tab A 10.5” tablet.

Headlining the group, the Galaxy A6 has some premium flair with its 5.6-inch Super AMOLED Infinity Display. The midrange device also features 16-megapixel front and rear-facing cameras, 1.6GHz quad-core processor, 3GB of RAM, 3,000mAh battery, and runs Android 8.0 Oreo out of the box. It will retail for $359.99.

If you’re looking to spend less than $300, the unlocked Galaxy J3 and J7 might be more your speed:

Finally, if you’re in the market for an affordable tablet, the WiFi version of the Galaxy Tab A 10.5″ has a Qualcomm Snapdragon 450 octa-core processor, 3GB of RAM, 32GB of internal storage, 8-megapixel rear camera, 5-megapixel front camera, 7,300mAh battery, and runs Android 8.1 by default. The tablet will be available from Amazon, Walmart, and Samsung.com for $329.99, with an LTE version set to launch on Sprint and Verizon later this year.