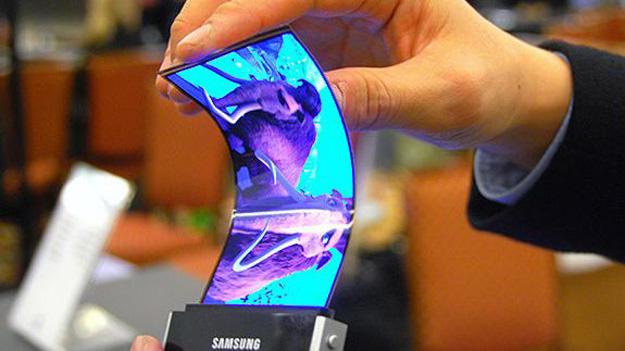 Samsung’s Galaxy S7 and Galaxy S7 edge are two of the best smartphones the world has ever seen, but are they innovative? Are Apple’s latest iPhones innovative in any way? Were last year’s iPhones? Innovation and sales clearly don’t go hand in hand, but things need to change and technologies need to progress in order for industries to move forward.

The original iPhone was innovative. It changed an entire industry and destroyed mobile phone giants Nokia and BlackBerry in the process. LG’s new G5 is innovative, though it remains to be seen if the phone’s innovations are in fact something users want.

Now, new details have emerged on a device that Samsung is seemingly working on behind closed doors, and it has the potential to be the most innovative phone the world has seen in quite some time.

A new Samsung patent application was published on Wednesday, and it describes technology that would facilitate a foldable smartphone. We’re not talking about a flip phone like the good old days here, we’re talking about a smartphone with a single large display that can be folded in half.

Here are some drawings from the patent application — the last two are of particular interest:

Patent applications are dug up all the time and the devices described in them don’t always see the light of day. So what makes this one any different? As noted by Dutch Samsung news blog Galaxy Club, the application was filed just recently on March 11th and published less than two weeks later. That accelerated schedule could be an indication that the phone is in advanced stages of development; you’ll recall that earlier rumors stated Samsung was working to release a smartphone with a bendable screen sometime in 2016.

Now, Samsung has a mixed history when it comes to innovation. The company often takes a while to get things right. This is particularly true when it comes to bendable smartphone screens — the company’s first phone with a curved screen had absolutely no reason to exist. The more recent Galaxy S6 edge and Galaxy S7 edge feature nice designs, but the utility of the curved screens doesn’t extend very far beyond differentiation and making the phones more comfortable to hold.

In the case of the foldable phone described in this patent application though, Samsung could really be onto something. Imagine a phablet with a large 6-inch display that’s more compact than the iPhone SE when you put it in your pocket. And this just the beginning when it comes to foldable screens — a wide range of new form factors should be coming down line.