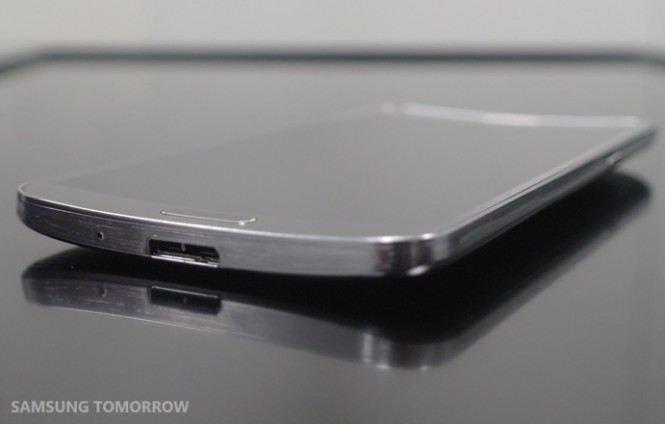 The Galaxy Gear smartwatch is the worst product Samsung has made in a long time. The device was rushed to market in an attempt to beat Apple’s non-existent iWatch to consumers wrists — and it shows. It doesn’t innovate or even attempt to bring anything new and useful to the table, and what little functionality it does offer is anything but exciting. So it’s easy to draw parallels between Samsung’s first smartwatch effort and the new Galaxy Round, Samsung’s first smartphone to feature a curved Super AMOLED display. Why does it feature a curved Super AMOLED display? Because it does.

Samsung and LG have been working on flexible displays for some time now, with applications in the smartphone and wearables markets in mind. These new displays open the door for exciting new form factors in both categories — imagine a smartphone with a display that wraps completely around the device or bends around the top and shows unique graphics and information on its various surfaces. Imagine a wrist-worn computer with a display that extends half way around your arm. These concepts and more can become a reality with flexible display technology, and they have the potential to bring exciting new functionality to the market.

But as I wrote on Twitter when Samsung unveiled the phone late last night in the Eastern time zone, the curved display on the Galaxy Round is an absolutely, completely, totally, utterly useless gimmick.

The Galaxy Round looks like a nice phone. Its specs include a 2.3GHz quad-core Snapdragon processor, 32GB of storage, microSDXC support, 3GB of RAM, a 13-megapixel rear camera, a 2-megapixel front-facing camera, Android 4.3 Jelly Bean and, of course, the curved 5.7-inch Super AMOLED display. But the curved display doesn’t really serve a purpose.

As far as I can tell, the only somewhat useful feature brought about by the phone’s curved shape is called “Roll Effect.” It lets the user push down on a side of the phone when it’s sitting on a table and as it rolls in either direction, it will display notifications on the screen. This is something numerous vendors have already achieved using wave and tap gestures, so again, it’s nothing new.

The Galaxy Round exists because the Galaxy Round exists. Samsung built and launched it so that it would be the first company in the world to build and launch a smartphone with a curved display. That’s it. The curved shape of the phone adds nothing of value to the user experience and once again, Samsung didn’t even attempt to add any useful new functionality to the device. It’s a gimmick.

Where the Galaxy Note 3 was a huge step forward for Samsung, the Galaxy Round is an even bigger step backwards. My only hope is now that Samsung has screamed FIRST! louder than a blog comment troll and gotten the Galaxy Round out of its system, it will actually try to do something useful and exciting with its awesome new flexible displays.