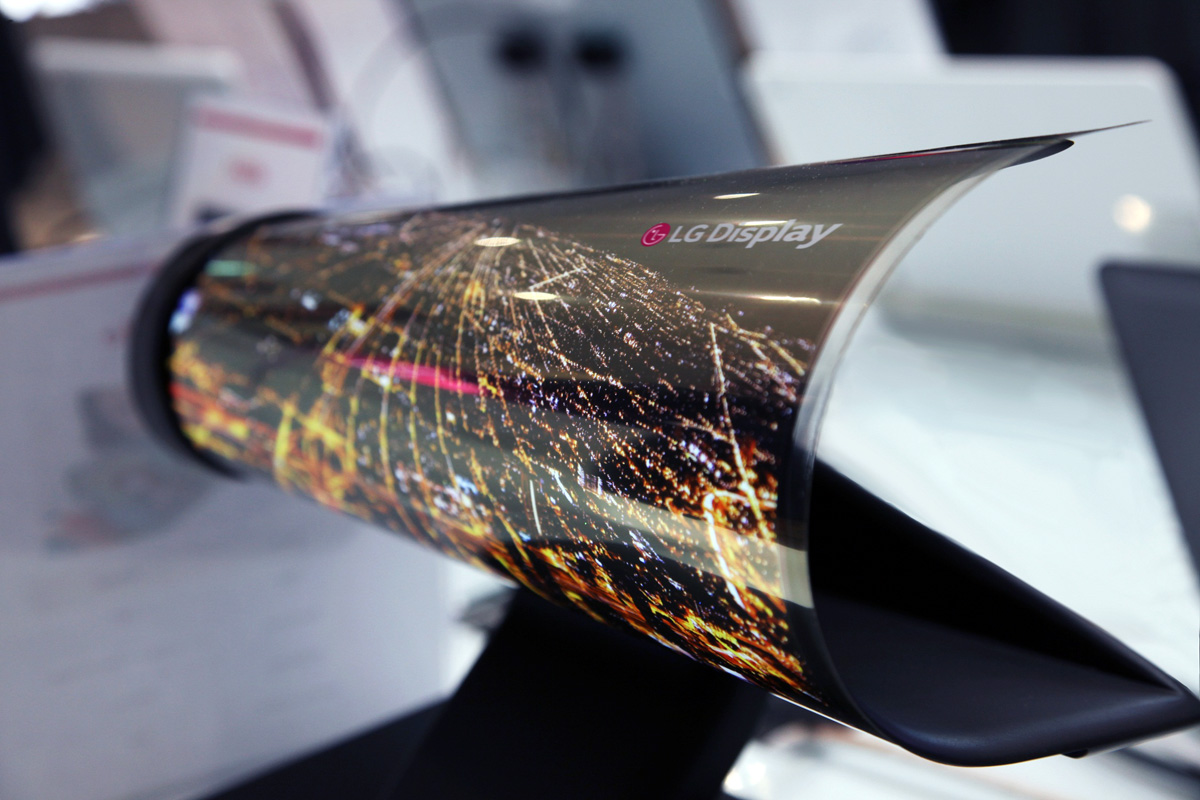 This year, the show is shaping up to be a continuation of the same story. Much of the shine has worn off, but connected devices that fit into the “Internet of Things” story are taking center stage at CES 2016 as well. Nifty though they may be, the excitement has worn off a bit since IoT was also the focus of last year’s show.

But don’t despair. There will still be some exciting announcements made at CES 2016 — and it looks like one of the most exciting things we’ll see at this year’s show might have already been unveiled.

In a private showroom in the Las Vegas Convention Center, LG Display will showcase a number of screens that show off the latest and greatest panels in development behind closed doors in South Korea. There will be plenty of next-generation television displays among them, of course, and new OLED screens may shine the brightest among them.

But the most exciting display in LG’s private showroom is much smaller than the ones that will eventually find their way to future LG TVs.

LG announced in a press release on Monday that is will show off a new 18-inch display that can be “can be rolled-up like a newspaper.” The new rollable screen can be seen in a photo at the top of this post.

We’ve seen flexible screens in the past, perhaps most notably on Samsung’s Galaxy S6 edge and Galaxy S6 edge+ smartphones. While the curved edges of those Samsung phones are merely unique design elements that aren’t terribly functional, this new LG screen is so much more.

This is our first glimpse at the technology that will pave the way for a new generation of devices. Flexible and foldable screens like the one LG is showing off in Las Vegas this week will lead to edgeless devices with wrap-around screens. They will facilitate exciting new designs and shapes across a wide range of technology categories.

Indeed, soon everything will be a display.

LG Display has some other nifty screens to show off in Las Vegas as well, including a 55-inch double-sided display that can show different images on either side, and new ultra HD TV panels that consume 35% less power despite increasing brightness by 50%.