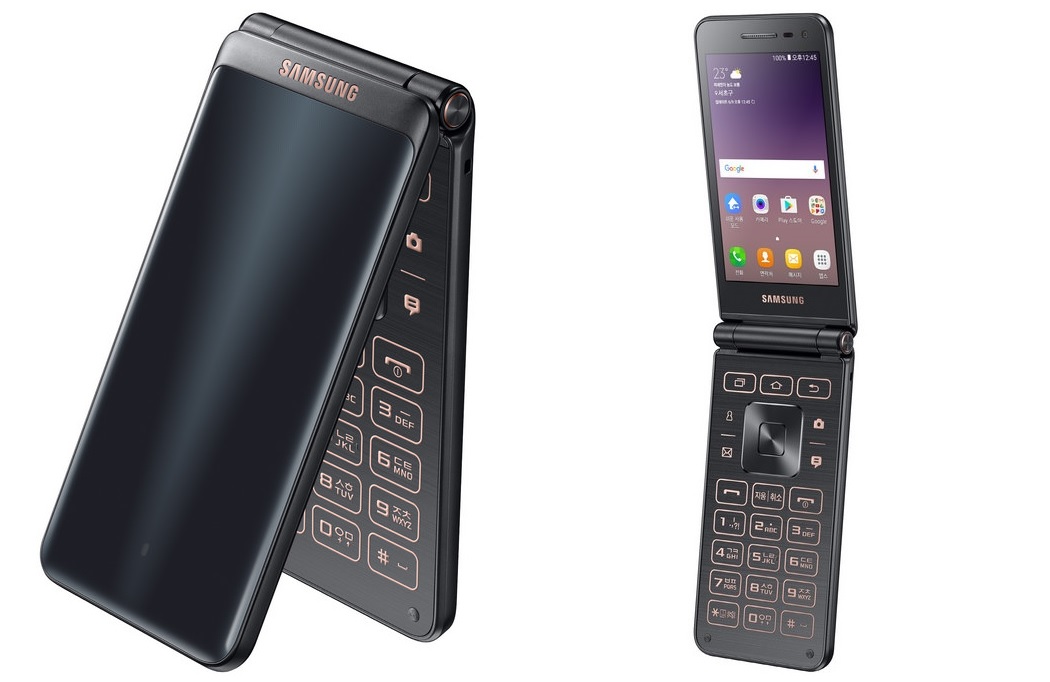 Samsung said in a news post on Thursday that the Galaxy Folder 2 features a stylish yet practical retro design. It offers the portability of a flip phone and the functionality of a full-fledged smartphone.

As was revealed in the certification, the Galaxy Folder 2 comes equipped with a 3.8-inch display, a 1.4GHz quad-core processor, 2GB of RAM, expandable storage up to 256GB, a removable 1,950mAh battery and it all runs on Android 6.0 Marshmallow. Samsung didn’t specify in its news post, but the phone is also expected to feature an 8-megapixel rear camera and a 5-megapixel front camera.

Beyond the internal specifications, the Galaxy Folder 2 also has a set of physical buttons for contacts, texts and the camera, as well as a button dedicated to social media apps like Kakao Talk or BAND. The phone also has a new widget that can serve as a pedometer or allow users to check their data usage. Additionally, the phone includes 15 special ringtones for those who might have trouble hearing.

Samsung will sell both a 3G and an LTE version of the Galaxy Folder 2, starting at 297,000 won (~$260). The Android flip phone will be available in both black and burgundy colorways.