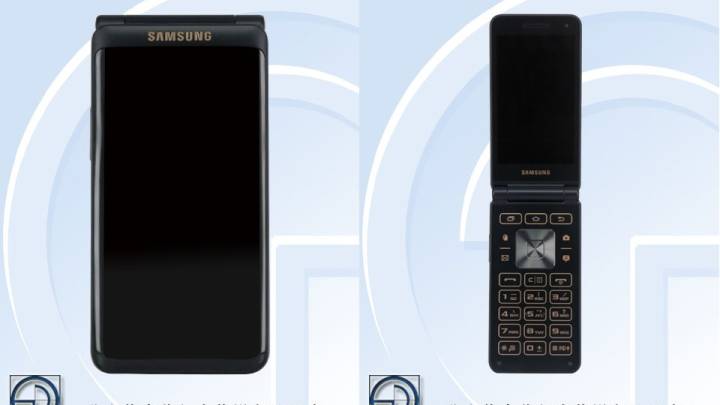 Samsung has a wide selection of exciting devices still set to launch this year, from the Galaxy Note 8 to the Galaxy S7 Active, but if recent leaks are to be believed, there’s another, far stranger phone coming to the market as well. Based on images spotted on Chinese telecommunication authority TENAA’s website, Samsung is preparing to introduce a new flip phone in the coming weeks.

Surprisingly, the SM-G1650 (the phone’s model number) isn’t the first Samsung flip phone to leak in 2017, although it does look very similar to the SM-G9298, which leaked back in May. The placement of the physical buttons appears to be the most dramatic change, as the Home, Back and Recent buttons have migrated above the navigation keys, making room for dedicated camera and email buttons.

In addition to the leaked photos, specifications of the phone also appeared online. According to TENAA, the SM-G1650 flip phone will feature a 3.8-inch, 800 x 480 pixel display, a quad-core processor, 2/3GB of RAM, 16/32GB of internal storage, an 8-megapixel rear camera, a 5-megapixel front camera, a 1,950mAh battery and will run on Android 6.0.1 Marshmallow.

All in all, fairly reasonable specs for a flip phone in 2017. That doesn’t explain why this phone exists, but it probably won’t matter for us anyway, as there’s little to no chance that this phone (or the other leaked flip phone), will make their way overseas. Either way, it’s fascinating to watch smartphone makers try to find new ways to make a dent in the increasingly crowded budget market.